Fast times at the Petersen 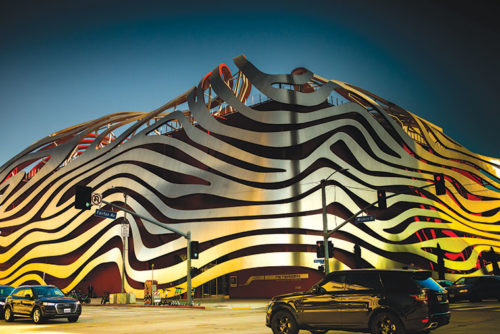 Shift into high gear this fall at the Petersen Automotive Museum, which is offering spectacular exhibits and fun activities to excite auto enthusiasts of all ages.

The museum has two major exhibits planned for the coming year, as well as new innovative programs and activities. Ten custom cars from the collection of Metallica frontman James Hetfield will go on display next February, delighting heavy metal fans. Starting next June, visitors can see one of the finest assemblages of hypercars and supercars in the world, with examples from Bugatti, McLaren, Koenigsegg and Lamborghini.

“As we head into 2020, the Petersen Automotive Museum has monumental plans on the horizon,” said Executive Director Terry L. Karges. “Since the Petersen was founded in 1994, we have worked tirelessly to share our passion for the automobile both locally and internationally. Our announcements reflect our promise to the public to continue this mission for years to come.” 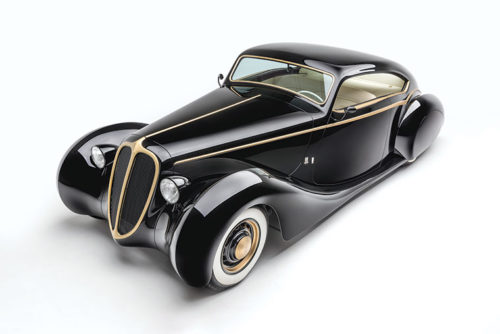 A 1948 Jaguar “Black Pearl” will be on display in an exhibit of vehicles from the collection of Metallica frontman James Hetfield. (photos courtesy of Petersen automotive museum/Ted)

Like the high-energy of his electric guitar, the vehicles from the Hetfield collection promise to generate frenzied excitement. The collection includes the 1948 Jaguar “Black Pearl” and a 1937 Lincoln Zephyr known as “Voodoo Priest.” The cars will be on display with Metallica memorabilia and ephemera.

More than 30 modern hypercars and supercars, which are rare vehicles that can reach speeds of over 230 mph, cost more than $1 million and are produced in groups of fewer than 100, will grace the showroom.

“[They] are very fast vehicles that are essentially race cars for the road,” said Michael Bodell, Petersen Museum Deputy Director. “There are usually only 100 made, so they are very exclusive. This will be a chance for people to see many hypercars and supercars together.”

Besides the temporary exhibits, there are plenty of innovative and interesting displays, programs and activities for visitors to see and experience every day, Bodell added. The history of the automotive industry unfolds in a multi-stage exhibit showing the evolution of motor vehicles, and movie- and TV-lovers can see vehicles that made Hollywood history, such as the Batmobile, James Bond’s cars, KITT from “Knight Rider” and Speed Racer’s Mach 5. 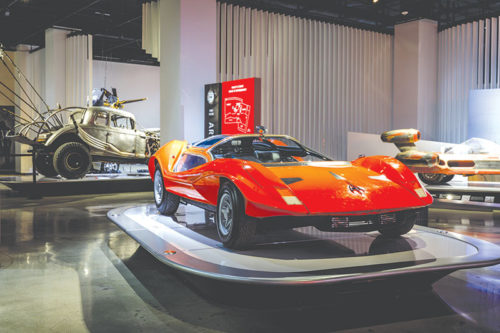 Children have fun learning in the interactive Rob and Melanie Walton Discovery Center, where they can see how automotive systems work on the inside. Young auto enthusiasts can also enjoy Disney and Pixar’s “Cars Mechanical Institute,” where they paint and race virtual “Cars” from the animated movie franchise.

Adults will enjoy “Winning Numbers: The First, The Fastest, The Famous,” featuring vehicles from the collection of car aficionado Bruce Meyer. “Legends of Los Angeles: Southern California Race Cars and their Builders,” focus on the work of renowned designers and engineers Fred Offenhauser, Harry Miller, Frank Kurtis and Max Balchowsky. Visitors can also tour the museum’s Vault – filled with approximately 250 vehicles rarely displayed in the museum – for an additional $16.

Bodell said the museum has continued its momentum since the transformation in 2015 that brought a shiny red exterior and stainless steel ribbons to the building at Wilshire Boulevard and Fairfax Avenue. He said exhibits such as the Hetfield collection and “Hypercars,” as well as the permanent exhibits and ongoing programming, continue to steer the museum into the future.

“Throughout the course of the year we typically have 100 to 200 vehicles on rotation in addition to the special exhibits and a lot of new cars that come in,” he added. “One of the best things we saw after the transformation was the number of visitors tripled, and we have been able to sustain that. It’s good to see the reception for our collection and the new museum has not eroded, and people still enjoy our cars.”