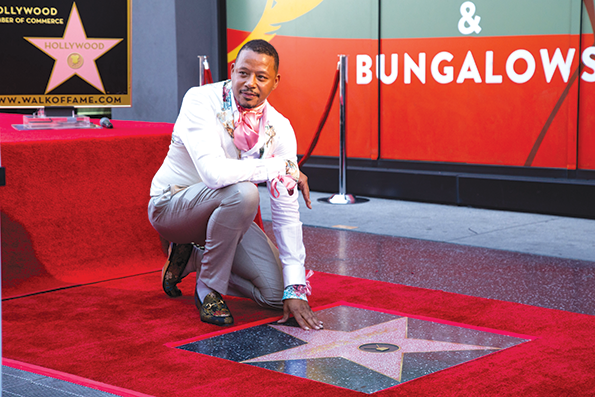 On Sept. 24, actor Terrence Howard of “Empire” received a star on the Hollywood Walk of Fame.

Howard’s star in the television category is located at 6200 Hollywood Blvd., next to that of his “Empire” costar Taraji P. Henson.

In addition to his television work, Howard is a Golden Globe and Academy Award nominee. His film credits include “Iron Man,” “Ray” and “Hustle & Flow.”