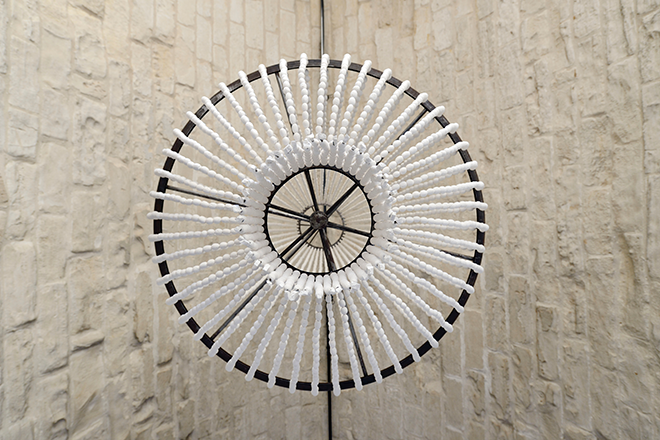 The bright yellow banners, black geometric designs and eye-catching sculptures of the Craft Contemporary have contributed to the city’s art culture since the 1960s.

What’s now a space for art began as a restaurant. Known in 1965 as “The Egg and the Eye,” an art gallery within a restaurant, the works were considered among few to address cultural diversity through a devotion to craft at the time, said Suzanne Isken, executive director of Craft Contemporary. By 1973, the building became a nonprofit museum known as the Craft and Folk Art Museum, before changing its name this year. However, it’s still referred to as CAFAM.

Moving past the gift shop at the building’s entrance, guests are given what Isken described as an accessible, less formal and down-to-earth museum experience. The second and third floors consist of art from emerging and under-recognized artists who have not yet received their due, Isken said. 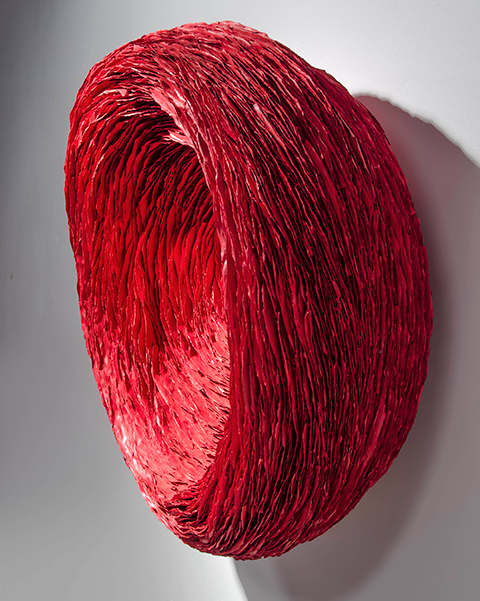 Everyday items like gears, newspapers and crutches are welded and molded together into works of art. Craft Contemporary’s upcoming “Finding the Center: Works by Echiko Ohira” exhibition will show art that uses repurposed paper, thread, nails and other materials to bring an intersection of nature, spirituality and the human body. Ohira’s choice of materials and her art take inspiration from growing up in Japan, Isken said.

Petrochemicals and fossils will play a role in another future exhibit, “Cynthia Minet: Jacked.” Minet’s work is fashioned from LEDs, motors and discarded post-consumer plastics made to resemble the prehistoric North American lion, similar to those excavated from the La Brea Tar Pits. Minet’s work criticizes consumerism and humanity’s relationship with Earth’s geography. 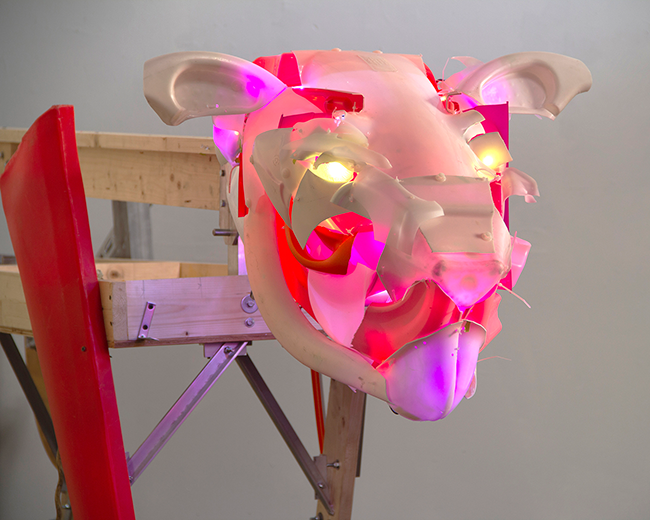 “RAW: Craft, Commodity and Capitalism” is another exhibit using materials like cotton, copper, clay and water to give a historical record of slavery, colonialism and globalization. With such an abundance of everyday materials put together by artists, Isken said the museum strives to show visitors something different.

“What is art, and what is the point of art?” Isken asked. “I think that artists are the conduits of what’s going on in our world. As things are changing, the artists – they’re reflecting their life experience, and so you’re going to see more politics in art, for sure. That’s the lived experience.”

In addition to the message of an exhibit, Isken hopes the art’s simplicity in being handmade from everyday items inspires others to make their own creations She believed this kind of direct contact, from the hands of the artist directly onto the finished product, makes it that much more special.

The Craft Contemporary’s galleries will reopen Sept. 29 after the installation of the new fall galleries. “Finding the Center,” “RAW” and “Jacked” will run through Jan. 5, 2020.