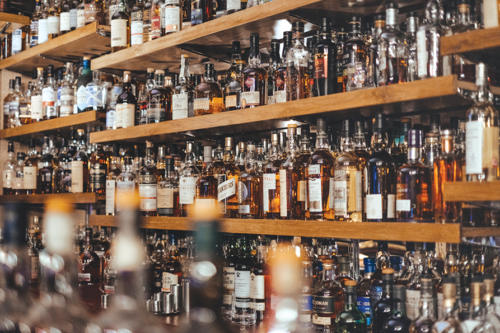 West Hollywood and Los Angeles stand on opposite sides of a bill that would enable some cities to allow bars to serve alcohol until 3 a.m. (photo by Adam Wilson/courtesy of Unsplash)

A bill that passed the Assembly Appropriations Committee late last month might let local bars stay open into the wee hours of the morning.

Sen. Scott Wiener (D-San Francisco) proposed Senate Bill 58, the Let Our Communities Adjust Late-Night Act, which would allow 11 cities, including Los Angeles and West Hollywood, keep their bars open past the 2 p.m. cut-off that’s currently in place. Instead, if the cities choose to allow it, alcohol could be served until 3 a.m. during a five-year pilot program that starts Jan. 1, 2022, and ends Jan. 2, 2027. The bill originally designated a 4 a.m. closing time, but on Aug. 30, the Assembly Appropriations Committee amended the bill and changed the 4 a.m. cutoff to 3 a.m.

Before starting their pilot programs, cities must show that residents and businesses support the extended hours, and they must solicit feedback from law enforcement and other stakeholders, including nearby cities.

The city of West Hollywood backs Wiener’s bill, voting 4-1 in 2017 in favor of a resolution supporting an earlier version of the bill, with Councilwoman Lauren Meister casting the lone vote against. The City Council still supports the bill.

Mayor John D’Amico said he likes the enhanced local control and “flexibility” SB 58 offers. While he wouldn’t advocate for a later closing time every night, D’Amico said extended hours would be great for special events like New Year’s Eve, the LA Pride Festival in West Hollywood and Halloween Carnaval.

“I would never support an across-the-board 4 a.m. [closing for] every alcohol service establishment,” D’Amico said. “I don’t think that would be good for our city or good for the region, but I can imagine that under the right circumstances on special occasions, it would be exactly the right thing for us to do.”

Meister said she’s concerned about public-safety issues, as well as noise and possible criminal activity lasting even later into the night.

“We already have enough issues with people leaving the bars. I just don’t think it’s necessary to have them open all night, basically,” she said.

Koretz pointed out that while some cities may not choose to extend their hours, the cities that do let bars operate later may cause impacts to their neighbors by drawing drunk drivers, who must cross city limits to get to their destination. So even if Los Angeles did not allow bars to remain open later and West Hollywood did, for example, Koretz’s nearby 5th District could still be impacted.

Koretz said the costs of the extended hours, which include money for city services like ambulances and police overtime, could cost Los Angeles hundreds of millions of dollars over the course of the pilot program. As evidence, he pointed to a study by Meenakshi S. Subbaraman and William C. Kerr, who found that estimated costs range between $266 million and $1.1 billion over five years.

“Do we want to put that money toward our homelessness crisis or our lack-of-drinking-between-2-and-4-a.m. crisis? It seems like we should have our priorities more straight,” Koretz said.

Ryu voted against Koretz’s resolution, saying the law does not allow bars to stay open later by default. Rather, it increases Los Angeles’ local control and allows the city to find out what the impact of such a rule change would truly be, starting with a few locations.

“As elected leaders, we should be making decisions informed by data and facts, not judgments or assumptions … Any 4 a.m. extension should come with increased state funding for public safety, but we can only make that call if we allow ourselves the option to study its impact. I don’t believe in saying ‘no’ before we even have the chance to learn more. It’s much better to lead with facts than with fear,” Ryu said.

Koretz said he and his fellow opponents of SB 58 will likely have to act soon. Gov. Gavin Newsom founded a winery and has ownership interest in restaurants, bars and hotels that serve alcohol. Newsom will likely sign the bill if it is approved by the Senate and Assembly, Koretz said, though his predecessor, then-Gov. Jerry Brown, vetoed a similar bill last year.

“I see nothing to lead me to expect that [Newsom] would have the same wisdom that Jerry Brown did,” Koretz said.

With that in mind, Koretz said action must be taken while the bill is still in the legislature. Otherwise, Koretz said the bill is likely to be enacted for its five-year pilot program, then rescinded, similar to many states which lowered their minimum drinking age in the 1970s, then raised them back to 21 once the impact became clear.

“For the people who are injured and died in the meantime, that won’t be much comfort to them or their families,” Koretz said.