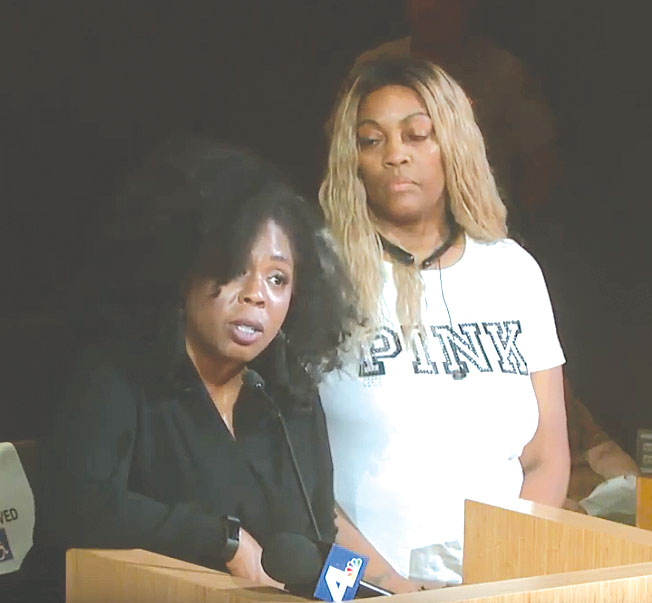 Federal authorities announced on Sept. 19 that West Hollywood resident and prominent political donor and activist Ed Buck was charged with one count of distribution of methamphetamine resulting in death in a case involving 26-year-old Gemmel Moore, who died of an overdose in Buck’s Laurel Avenue apartment in 2017.

A criminal complaint was filed on the evening of Sept. 18 alleging that Buck provided methamphetamine that directly resulted in Moore’s death. Buck was taken into federal custody on Sept. 19 and will remain in custody until at least Sept. 26 when a detention hearing is held in United States District Court, according to Thom Mrozek, a spokesman for the U.S. Attorney’s Office. If Buck is convicted of the federal charges, he faces a mandatory minimum sentence of 20 years in federal prison and a maximum sentence of life without parole.

The criminal complaint further alleges that another man – Timothy Dean – died in Buck’s apartment from a drug overdose in January, and that Buck provided narcotics to other men, one of whom suffered two overdoses earlier this month.

The federal charges were announced two days after the Los Angeles District Attorney’s Office filed three charges against Buck, including one count each of battery causing serious injury, administering methamphetamine and maintaining a drug house. Those charges relate to an unidentified man who survived an alleged Sept. 11 overdose at Buck’s apartment.

Activist and victim’s rights advocate Jasmyne Cannick, who has long been critical of authorities for not arresting Buck earlier, addressed the charges against Buck at the West Hollywood City Council meeting on Sept. 23. She was joined by Moore’s mother, LaTisha Nixon.

“Hopefully, that’s the end of the nightmare on Laurel Street for black, gay men here in the city of West Hollywood,” Cannick said.

West Hollywood City Councilwoman Lindsey Horvath, who had supported Moore’s family during the past two years since his death, spoke about the charges against Buck.

“This case has been a dark and painful scourge on our community for quite some time,” Horvath said. “I’m hopeful that we are on the path towards justice and peace, and we all have to walk it together.”

“When a lot of people didn’t believe us, you stood there and you believed us,” Nixon said, specifically addressing Horvath.

The Los Angeles County Coroner’s Office previously ruled both Moore’s and Dean’s death resulted from accidental methamphetamine overdoses. The Los Angeles District Attorney’s Office found there was insufficient evidence to charge Buck in those deaths because of the coroner’s office ruling.

However, the District Attorney’s Office’s changed its decision to charge Buck after the third victim survived.

“Good police work takes patience and time. We knew of your frustrations with the case. We asked you to respect the process and to let the investigation run its course, which you did,” Ramirez said. “Suffice to say, based on the charges filed, the two years spent investigating Ed Buck was time well spent, and I hope you agree.”

Mayor John D’Amico also said the council was concerned about the situation and had asked for updates on a regular basis.

“I’d like to acknowledge and recognize the pain and anguish of the families and friends of Gemmel Moore and Timothy Dean,” D’Amico said. “I and my colleagues on the City Council have been seeking justice, and we have been working to press the Los Angeles County Sheriff’s Department and the District Attorney’s Office for a full investigation and for answers. We have pressed, we have pushed and we will continue to persist until we have more answers than we have questions.”

Mrozek said prosecutors planned to ask that Buck remain in detention at the hearing on Sept. 26.