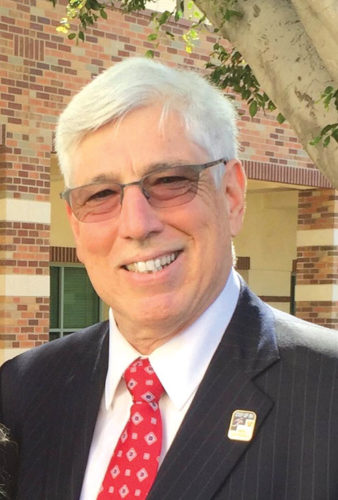 In a study session on Sept. 10, the Beverly Hills City Council decided to move forward with a study of a potential Office of Innovation, though the council was divided on the idea’s usefulness and how the office should be set up.

Councilman Julian Gold, the idea’s proponent, said having a person or office assigned to examining the city’s practices, processes and equipment for innovation will ensure ideas are properly vetted and good ideas are pursued.

“It encourages others, both from within the community and within the staff, to come forward with new ideas,” Gold said.

“To have somebody who actively is the champion of embracing innovation would be a good thing,” Wunderlich said.

Mayor John Mirisch and Councilwoman Lili Bosse, however, said while they support innovation, a full office dedicated to it might duplicate work already being done by the city’s auditor, Eduardo Luna, who “manages performance audits and reviews of city departments, programs and services,” according to the city’s website.

Bosse and Mirisch also said an innovation officer might make redundant the Beverly Hills tip line, which has not yet begun receiving input, before it even has a chance to succeed.

“I just don’t want to – and I don’t think any of us want to – do something twice,” Bosse said. “Let’s see where our holes are [instead of] adding layers of bureaucracy.”

Mirisch also argued that putting the responsibility of overseeing innovation onto one person or office might take the burden off others, including the City Council, to come up with ways of bettering the city.

“I think we as a council need to take responsibility [for innovation],” Mirisch said.

With three of the five council members in support of a group or person devoted to innovation, Gold proposed he and another council member could work with City Manager George Chavez to expand upon the idea and bring it back to the council for more discussion.

Mirisch volunteered to join Gold in his efforts and pushed back against Friedman’s suggestion that Wunderlich, who spearheaded the addition of a city auditor, work with Gold on the panel. Mirisch said it’s good that he and Gold have diverging points of view on the potential Office of Innovation.

“It’s better for us to be able to deal with the concerns and to try and figure out … if there’s a structure that already exists,” Mirisch said.

The Office of Innovation’s supporters said while they were similarly concerned about potential redundancy, they were ready to move forward with exploring the idea’s feasibility.

“We certainly don’t want to duplicate what exists already, but I think we need to get on this horse and learn how to ride it,” Friedman said.