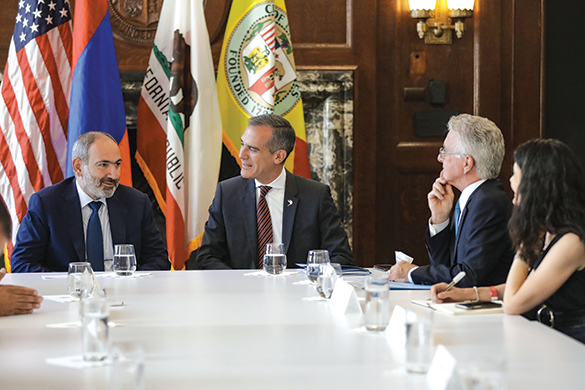 Garcetti and Pashinyan discussed the strong ties and business connections between Los Angeles and Armenia. The meeting took place in the Mayor’s Office in Los Angeles City Hall prior to a welcome celebration and concert in Grand Park in honor of the prime minister.

Pashinyan visited Los Angeles for the first time on Sept. 22 while on his way to address the 74th session of the United Nations General Assembly in New York.