VINTAGE: Students head back to school 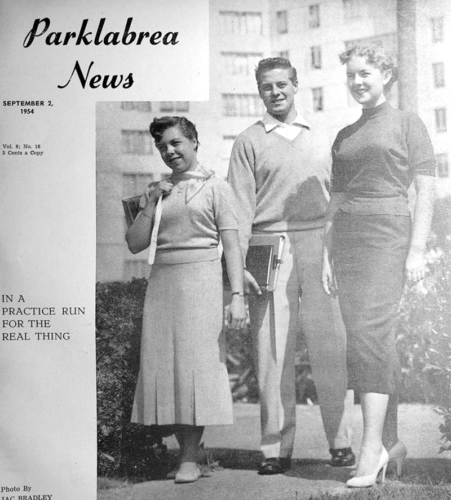 A photograph in the Sept. 2, 1954, issue of the Park Labrea News showed students Carole Rhodes, Edward J. Ryan and Constance Jamie as they prepared to return to school that year. All three lived at Park La Brea with their families. Rhodes was preparing to start classes at Los Angeles High School. Ryan was a post-graduate student at Los Angeles City College who had previously earned an associate degree in political science and was studying for a career in public relations. Jamie was attending Stanford University, majoring in English literature. August marks the start of classes at many schools this year. Students in the Beverly Hills Unified School District returned to classes on Monday, and Los Angeles Unified School District campuses open on Tuesday, Aug. 20.

Explore the waters off L.A.’s coast

‘Evening on the Beach’ benefits St. Vincent Meals on Wheels