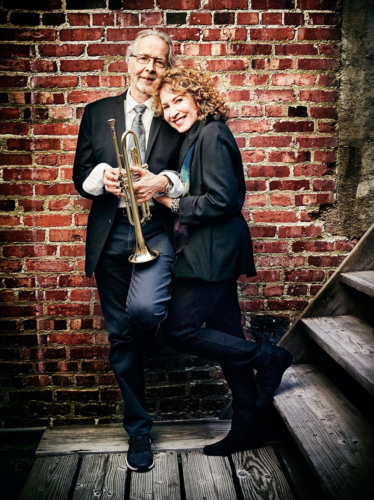 Performers Herb Alpert and Lani Hall will be perfoming a wide variety of songs across different genres and from other artists, including the Beatles. (photo courtesy of Dewey Hicks and the Wallis Annenberg Center for the Arts)

At the launch of its 2019-2020 season, the Wallis Annenberg Center for the Performing Arts will feature trumpeter and composer Herb Alpert and his wife, two-time Grammy Award-winning vocalist and producer Lani Hall to perform a mix of Alpert’s greatest hits for one night only on Saturday, Sept. 21, at 7:30 p.m. in the Bram Goldsmith Theater at The Wallis.

In addition to classics from the Alpert’s band, Tijuana Brass, the program features the music of Cole Porter, the Beatles and Brasil ’66, as well as other jazz and pop standards.  Alpert, an L.A.-native whose musicianship has earned him five No. 1 hits, nine Grammy Awards, 15 Gold albums and 14 Platinum albums, has sold more than 72 million records and was awarded the National Medal of the Arts by President Barack Obama for his musical, philanthropic and artistic contributions. Hall launched her career as the lead singer of Sergio Mendes’ group, Brasil ‘66.

This concert is sold out to the general public and a wait list is available.

“The Wallis is honored to showcase these stellar artists,” said Paul Crewes, The Wallis’ artistic director.

Tickets, $39 to $125, are on sale now. The Wallis Annenberg Center for the Performing Arts is located at 9390 N. Santa Monica Blvd.

Go behind the mask at the Paley Center for Media