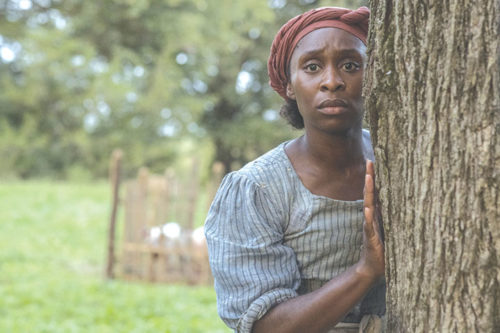 A relatively new auteur, director Andy Muschietti (“Mama”) brought the most terrifying iteration of Stephen King’s classic monster to life with the help of Bill Skarsgård as Pennywise the dancing clown, who also takes the form of whatever else keeps children up at night. Starring the original Losers Club and their adult doubles – including Jessica Chastain, Bill Hader and James McAvoy – the highly anticipated sequel has lot to live up to, including its predecessor’s position as the top-grossing horror film of all time.

Fun fact: Brad Pitt doesn’t normally do science fiction. He might dabble in obscure concepts occasionally, like aging backwards, bemoaning his vampirism or whatever “The Tree of Life” was, but “Twelve Monkeys” and “World War Z” are pretty much it. So, Pitt as an astronaut confronting a planet-threatening anomaly is something worth a watch.

Unattached to all those uneven DC superhero forays, a solo flick about the Clown Prince of Crime makes very little sense. And, with Joaquin Phoenix as our villain under the direction of Todd Phillips (the “Hangover” trilogy), the matter only gets stranger. Yet the marketing and anticipation is high for this R-rated take on one of the greatest supervillains of all time. Thumbs crossed.

The whole gang is finally back for this horror-comedy a decade later. Woody Harrelson, Emma Stone, Jesse Eisenberg and Abigail Breslin encounter a whole new world years after all those mad cows infected humanity. With the original creative team back on board, we finally get to learn most, if not all, the rules to best survive in Zombieland. 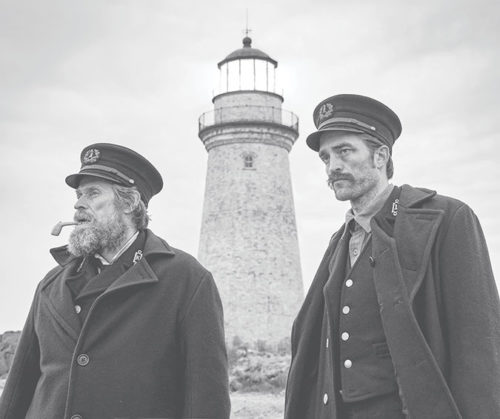 Willem Dafoe stars as Thomas Wake, and Robert Pattinson as Ephraim Winslow, in “The Lighthouse,” a film by Robert Eggers about two lighthouse caretakers on a remote New England island in the 1890s. (photo courtesy of A24)

Robert Eggers (“The Witch”) is a name worth memorializing. His sophomore feature taps into nostalgia in a more Hollywood way this time, relying on a boxy aspect ratio and black-and-white stylization. Less than 10 years old, production company A24 knows its way around avant-garde cinema, and “The Lighthouse” is sure to add to a stellar list of brilliant horror movies.

‘A Beautiful Day in the Neighborhood’ (Oct. 18)

Last year’s “Won’t You Be My Neighbor?” proved a documentary can make us cry. And now, Tom Hanks plays Mr. Rogers. Sometimes we can have nice things.

After “Terminator 2: Judgement Day,” this franchise never came close to the glory days that set new standards for special effects and sci-fi storytelling, though Fox’s “The Sarah Connor Chronicles” came close on the latter. As for those next three films, yikes. Perhaps the return of Linda Hamilton to her iconic role and a whole new crew will help. Director Tim Miller (“Deadpool”) is also a promising addition, especially his claim part six won’t bode well “if you’re a closet misogynist,” as he told Variety.

We desperately need heroes, and with the Harriet Tubman $20 bill now delayed until 2028 (I wonder why), “Harriet” comes at the right time. And Broadway star Cynthia Erivo (“Bad Times at the El Royale”) is an inspired choice.

Remember when Stephen King wrote a sequel to “The Shining” about Danny Torrance all grown up, coping with his unique connection to the supernatural? It’s finally here, helmed by Mike Flanagan, the rock star horror director responsible for “Oculus,” “Ouija: Origin of Evil,” “Hush,” “Gerald’s Game” and the insanely good Netflix series, “The Haunting of Hill House” (season two out next year). I may never sleep again.

A new batch of problems and new songs to complement the ride, Elsa and the gang leave the safety of their kingdom Arendelle in search of answers to a mystery. Laughs and epic melodies are a certainty, but all promo materials to date promise a grandiose adventure.

Safety first! Be watchful for kids walking to school