The ‘Last Magnificent’ at L.A. Food and Wine 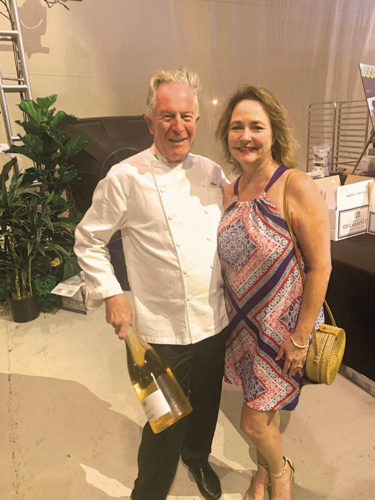 Celebrated Chef Jeremiah Tower hosted “Brunch so Hard” at last weekend’s Los Angeles Food and Wine Festival at the Santa Monica Barker Hangar. More than 75 wineries and 50 chefs from California restaurants served samples of their best food and wine. Tower, called “The Last Magnificent” by Anthony Bourdain is rarely seen without a glass of champagne, or in this case, a magnum, in hand. The founder of Stars in San Francisco is widely considered the father of California cuisine. Tower headlined the event, which also showcased chefs Royce Burke from Yarrow on Fairfax and Ryan Caldwell from Malibu Inn CDC restaurant, among many others. Burke served the best deviled egg of the day while Caldwell’s chicken liver mousse was the overall “best bite.” I was honored to be able to chat with Tower while he worked the crowd at the grand finale event on Sunday.

‘Be Kind Challenge’ returns in September

Landmarks to be lit in blue for cancer awareness