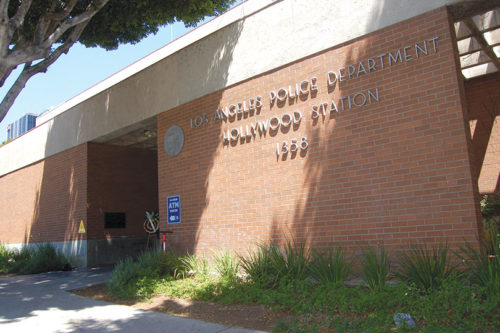 Detectives in Hollywood have arrested a 42-year-old male suspect for allegedly perpetrating a rental scam in which he posed as the owner of an apartment and took money from an individual seeking to rent the unit.

Det. Patrick Aluotto, of the Los Angeles Police Department’s Hollywood Division, said the case illustrates a growing problem in which money is stolen from unsuspecting victims searching online for housing.

“We have been getting a lot of these,” Aluotto said. “We get a lot of young people moving to Hollywood who are desperate to rent a room or apartment, and they fall for it.”

Rental scams are common schemes in which someone advertises a room, apartment or home for rent on websites. The perpetrators commonly take photographs from properties legitimately offered for rent or sale and use them on fake listings, Aluotto said.

When a prospective renter inquires, the perpetrator usually tells them the unit is currently occupied and cannot been seen in person, but the tenant is moving out soon. The suspect asks for money to be wired, many times to another state.

In the recent incident involving the arrest, the unidentified victim, who lives in Hollywood, was attempting to rent an apartment in South Los Angeles. She visited the building but was not able to go inside because someone was currently living there, Aluotto said.

After speaking to a gardener working at the property who told her there were apartments at the site, she felt comfortable the suspect’s offer was legitimate. While the gardener was not involved in the scam, the information he provided led the victim to wire more than $2,000 to the suspect. A short time later, the man asked for more money, prompting the victim to call police.

Investigators posing as prospective renters lured the suspect to Hollywood on the promise of paying him money to rent an apartment. They arrested defendant Evan Weitzberg last week when he arrived to collect. Aluotto said Weitzberg is a Los Angeles resident who has no connection to the apartment that was being rented. He has been charged with felony grand theft by trickery. The money sent by the victim has not been recovered.

Weitzberg allegedly used the alias John Cassab in the scam, and authorities are asking anyone who may have been a victim to contact them. Aluotto said Weitzberg may have been working with accomplices, as other individuals are commonly involved in similar scams.

The detective advised people to use only reputable websites and real estate agencies that vet property owners seeking to rent their properties to tenants. Aluotto added that the scams extend far beyond rental units and often involve the sale of pets or merchandise.

“They should approach every online transaction, if it’s not with a major retailer or reputable company, with caution.

If someone won’t allow them to see the apartment, that is a red flag right away,” Aluotto said. “If it sounds too good to be true, it probably is.”

Weitzberg remains free on $20,000 bail pending his next court appearance on Sept. 13. Anyone with information or who believes they are a victim of a similar scam is urged to contact Dets. Aluotto or Brian Richardson at (213)972-2929.