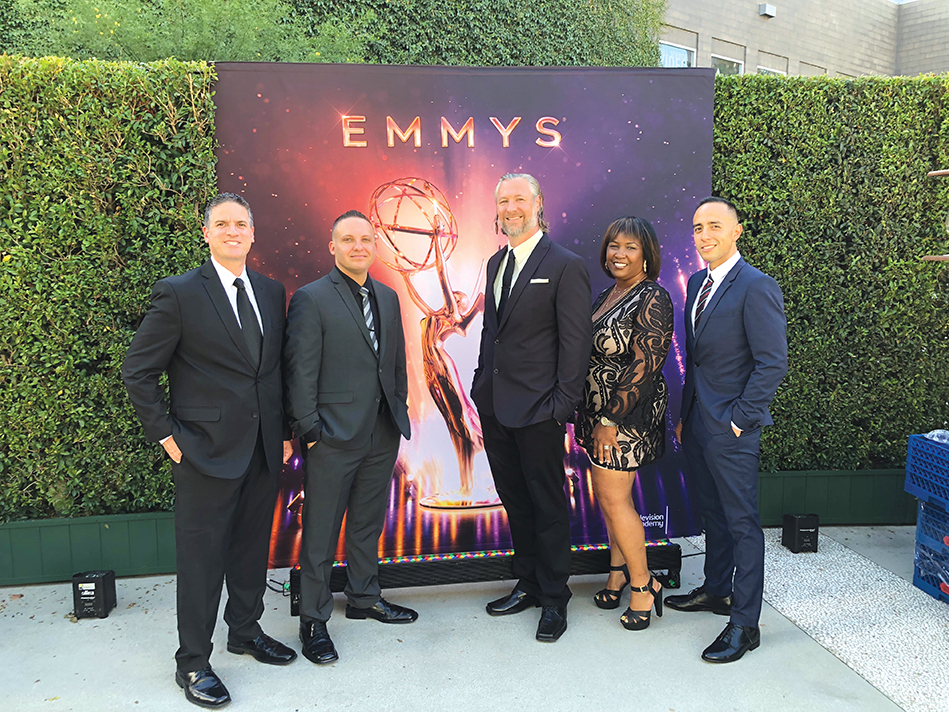 (photo courtesy of the LASD)

The PSA, titled “If they’re not secure they’re not safe – dresser drawer,” was part of a series of public service announcements addressing safe gun storage and the impact on families and children in particular.

“This was so unexpected. We never imagined we had a chance, especially with the fantastic nominations in the category. This is an amazing honor for the talented, passionate, hard-working people in our unit,” said Sgt. Harry Drucker, the supervisor of the unit and the producer of the PSA.

Emmys were awarded to both Video Production Specialist Vance Kotrla as the writer and director and Drucker as the producer.

“I hope that this recognition will help get these messages in front of more people and help save lives,” Vance said.

Drucker called the win a “team effort” to highlight an “urgent call for safety at home.”

“Without our entire unit working together, this message could not have been delivered,” Drucker said. “The recognition by the academy makes it even more special for us.”

Drucker pointed out the invaluable work done by Video Production Specialist Sean Jacobs as the director of photography and his assistance in production. Also joining the team was Dylan Kotrla, Vance’s daughter, who provided her performance as the child to bring the impact to the PSA felt by every viewer.