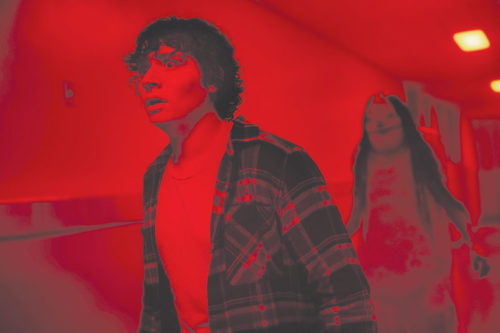 As an ardent fan of horror fiction – films, television series, novels, comics, video games, clever YouTube videos – I greatly anticipate the day my boys are old enough for me to cautiously introduce them to a creative, sometimes ambiguous genre that provides a safe place to explore the unknown. That’s the benefit of written works like Alvin Schwartz’s children’s horror series “Scary Stories to Tell in the Dark.”

Like many milestones, from object permanence to the first slumber party, everyone’s threshold and age of initiation might differ. Perhaps some 13-year-olds can handle the “Scary Stories” film adaptation, complete with inventive monsters and a variety of jolts, but we’ve strayed quite far from anything truly meant for children. That’s OK; it’s still a great ride. I’ll add it to my horror cache to be unveiled in the kiddos’ future.

Nobody in Mill Valley, Pennsylvania, circa 1968, truly believes the urban legend of Sarah Bellows, an alleged child murderer who resided in a long-since condemned house during the 19th century. That backfires on Stella (Zoe Margaret Colletti) and her friends when they try to top off Halloween shenanigans with a haunted house excursion.

The Bellows house hits all the marks. Creaky wood, check. Forgotten heirlooms, you know it. Antique music box, yep. Hidden room, of course. Creepy old lady upstairs with her dog in a red room who vanishes as quickly as she appears, absolutely.

Back to that hidden room. Stella, ever the aspiring writer, uncovers a book. You know the kind, etched in blood, riddled with words mightier, or at least far more deadly, than a sword. This book once belonged to Ms. Bellows. No, not a diary, but a series of scary stories. And, as Stella poured over this rare find, a new story began to appear, once more penned in blood. Stella and her Scooby gang would soon take center stage in Sarah Bellows’ latest collection.

I must say, Sarah Bellows is a bit of a plagiarist, albeit a clever one. Hardly an original, her stories are based on our young protagonists’ own anxieties, some originating from camp and folk stories they already know. Racist bully Tommy (Austin Abrams) confronts something he encounters every day. Acne on the day of a beauty pageant is something far more grotesque for Ruth (Natalie Ganzhorn). And Ramón (Michael Garza) must face his own regrets, as a rather colorful monster reminds him of his shortcomings.

Contrary to vague marketing, Guillermo del Toro did not direct this one. He planned to, but remained on as a co-writer and producer instead, and his production studio, Double Dare You, helped bring those big bads to life, though the crowning ick-factor belongs to the Pale Lady.

While del Toro played some part in this film, all praise belongs to André Øvredal (“The Autopsy of Jane Doe”). The North European auteur has a modest resume, but he gave the world “Trollhunter,” the amazingly fun Norwegian found-footage film that brings that awesome title to life in clever and spectacular ways. My kids will watch that one first. “Scary Stories” isn’t quite that original, but it proves Øvredal is a promising filmmaker worthy of trusting. 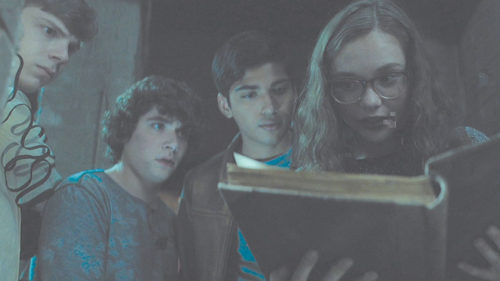 Hardly stock, “Scary Stories” does offer a few unique contributions to the horror genre. As an adaptation, the film’s many writers resist the anthology approach of the “V/H/S” series or “Trick ‘r Treat,” instead combing Schwartz’s greatest hits into a completely interconnected story. It’s a clever feat worth praising, but to be fair, 2015’s “Goosebumps” probably served as a prototype, but that one is far less scary, more a gateway film for younglings.

That said, “Scary Stories to Tell in the Dark” is hardly the scariest thing out, but it goes down easy enough, providing a few intense moments along the way. The most intriguing bit, monster deign aside, occurs during the film’s climax. It might seem tropey, but something original occurs amidst a predictable showdown, and the final scene before the credits promises more adventures to come, possibly moving beyond the formula established in the first of easily more films. Jury’s out on if those are worth the twins’ time.