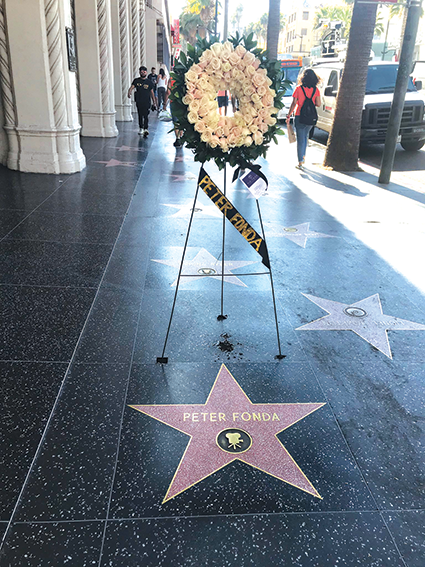 The Hollywood Historic Trust and Hollywood Chamber of Commerce placed flowers on the Walk of Fame star of actor, writer and director Peter Fonda, who died on Aug. 16. He was 79.

Fonda, who was awarded a star in the motion picture category in 2003, was nominated for Academy Awards for Best Original Screenplay and Best Actor, and was nominated for an Emmy Award for Outstanding Supporting Actor.

The son of actor Henry Fonda, brother of actress Jane Fonda and father of Bridget Fonda, Peter Fonda was known for moves like “Easy Rider” and “Ulee’s Gold,” as well as the television movie “The Passion of Ayn Rand.”