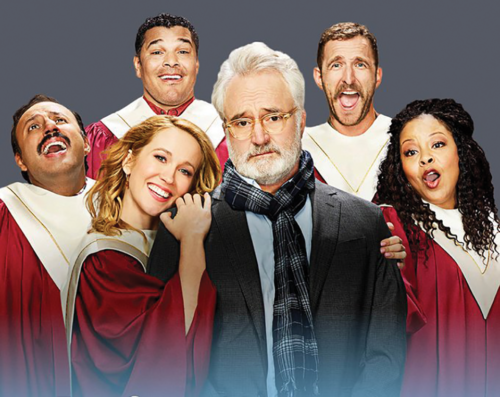 The Paley Center for Media will host its 13th annual PaleyFest Fall TV Previews from Sept. 5 through 15, at the center’s Beverly Hills location.

The 10-day festival celebrates the most anticipated new shows of the fall television season as well as returning favorites from all five major broadcast networks, cable television and premium streaming services. Each event includes screenings followed by star-studded discussions with the series’ cast and creative teams.

“We’re thrilled to once again present one of the most anticipated events of the fall television season,” said Maureen J. Reidy, president and CEO of the Paley Center. “Many of television’s most beloved shows have graced the PaleyFest Fall TV Previews stage, and we look forward to hosting the cast and creative teams from the next generation of unforgettable television programs.”

PaleyFest Fall TV Previews will kick off on Sept. 5, at 6 p.m. with the cast and creative team of NBC’s “Perfect Harmony,” including Bradley Whitford. That will be followed by screenings and discussions with the casts and creative teams from Amazon Prime Video’s “Undone,” Spectrum Originals’ “Mad About You,” the CW’s “Batwoman” and “Nancy Drew,” FOX’s “Almost Family,” Hulu’s “Wu-Tang: An American Saga” and “Dollface,” CBS’s “All Rise” and “Bob [Loves] Abishola”  and many others. Tickets for individual events are $20. The Paley Center for Media is located at 465 N. Beverly Drive. For tickets and information, visit paley.me/previews.