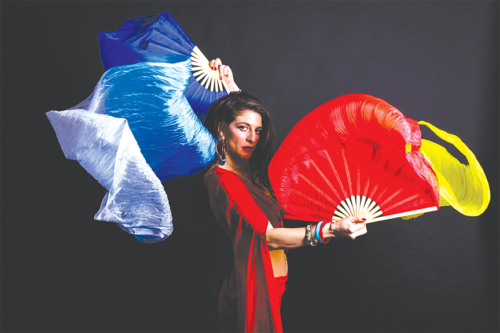 The 23rd season of Sunset Concerts at the Skirball continues with the Los Angeles debut of Tamar Ilana & Ventanas at 8 p.m. Thursday, Aug. 15. Glenn Red of Afro Funké and La Junta will start the evening with a DJ set at 6:30 pm.

The show is free. Check-in and free admission to the museum and Skirball campus (except for Noah’s Ark) begins at 5:30 p.m. and will remain open until 10 p.m. Doors to the concert venue open at 6:30 pm.

Ilana, who was born in Toronto, grew up touring internationally, singing in multiple languages and dancing flamenco. She spent much of her childhood performing throughout the Mediterranean and North America with her ethnomusicologist mother, Judith Cohen, and gathering semi-extinct songs in remote Spanish and Portuguese villages.

Tamar Ilana & Ventanas released “Ventanas” in 2013 and “Arrelumbre” in 2015, both nominated for Canadian Folk Music Awards, including Best Traditional Singer. For their L.A. debut performance at the Skirball, the band will be celebrating the release of their new album, “MISTRĀL.”

The final Sunset Concert of the year will be Josef Leimberg at 8 p.m. on Aug. 22.

Gallery has its head in the clouds with new exhibit