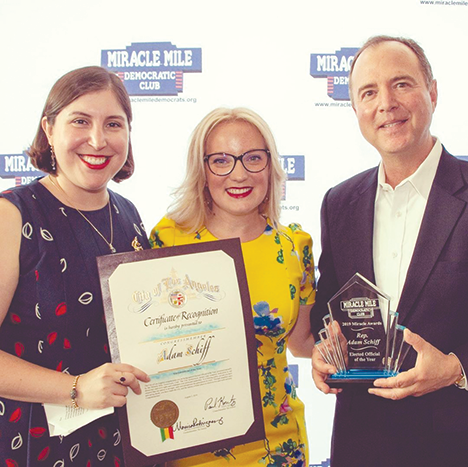 The Miracle Mile Democratic Club said on Facebook that the organization was “proud to honor Congressman Schiff for his efforts to hold Donald Trump accountable for his corruption and protect our democracy and our elections.”

“Since his election to Congress in 2000, Congressman Adam Schiff has been a consistent and effective voice for our community, country and kids,” the club added. “In Congress, Adam has focused on keeping our country safe, encouraging job and wage growth that is shared by everyone, protecting the civil rights of all Americans, and ensuring America is prepared to lead the world for the next century by supporting education and the sciences.”

Award looks for someone to ‘Embrace Civility’