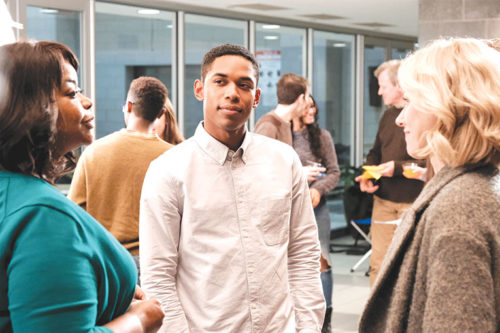 Need a slow burn on screen to distract from the heat? “Luce” is a special thriller that thinks more than screams with the kind of payoff that, of course, originated on stage. This Sundance Grand Jury nom knows how to address America’s race problem – and yes, there is one, dear Jon Voight – in original and haunting ways.

Does correlation prove causation? Ms. Wilson (Octavia Spencer) isn’t quite sure. Upon reading a disturbing essay by standout student Luce (Kelvin Harrison Jr.), she searches his locker and finds illegal fireworks. The two might be related, but the optics don’t look great alongside Luce’s unique past. He’s a rehabilitated child soldier from war-torn Eritrea, coming to the U.S. at 10.

To possibly deter unnecessary escalation, Wilson contacts adopted mother Amy (Naomi Watts) rather than make a formal report. Mother promises to confront Luce about the essay and fireworks, but she hesitates, conflicted about damaging trust with her son and undoing years of recovering from childhood trauma. And when she finally does have that talk, Luce’s responses seem innocent enough. Meanwhile, Wilson’s suspicions grow amidst personal matters that transpire involving a sister with mental illness.

In a film that ruptures genre lines, “Luce” is a thriller about race like “Get Out” was a horror film about race. Certainly, other thrillers might feel more intense, but few attempt to unravel events with such masterful subtlety that begs for complete attention, and vigorous contemplation afterwards. And as an adaptation of the Off-Broadway play of the same name by J.C. Lee, who co-wrote the screenplay with director Julius Onah, the outcome is surprisingly cinematic.

From “Angels in America” to “Fences,” film and television adaptations of plays often favor a more literal transition that results in, well, rather chatty televisual experiences. “Luce” does include amazing dialogue and a concluding monologue dripping with splendid subtext. But it doesn’t feel bound by its stage origin. It’s far more cinematic than most of its kin.

As far as films about race go, “Luce” doesn’t favor just one theme: stereotyping, tokenism, school violence, white privilege and African heritage. As a child adopted from Africa, Luce must also change his name to appease parents’ inability to pronounce something foreign. So, they give him a new one which means “lights,” which overflows with meaning. This final zinger ties into a central criticism of the film surrounding the alleged goodness of white saviors, especially those who push others to assimilate at the expense of cultural erasure.

And once assimilated, he becomes a model student – the token minority others can look up to – whom even Wilson greatly believes must thrive to help the racial climate in America improve. Meanwhile, a fellow student loses a college scholarship for weed possession, also thanks to Wilson. Hardly a simple story, “Luce” removes a central voice of wisdom, instead peppering nuggets of commentary in the dialogue of very imperfect characters, like Wilson. 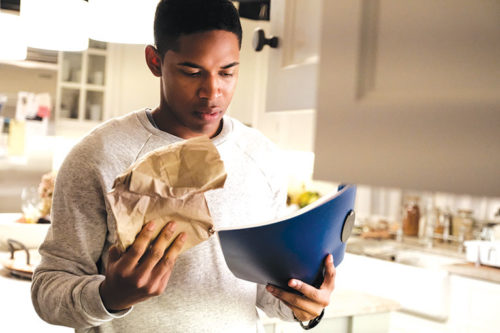 While Watts and Tim Roth, who plays dear husband, perform well, they largely serve as plot devices for Wilson and Luce. But the real star here is Luce’s Harrison Jr. (“It Comes at Night,” “Mudbound”), who captivates in a whole new way. The entire plot line is based on his ability to play victim and villain, never leaning too far to each side. Wilson’s Spencer must undergo a similar journey, one she does quite well, but hardly to the exorbitant degree of Harrison Jr. It’s something to behold on screen, and whatever he stars in next will have some major shoes to fill.

Onah (“The Cloverfield Paradox,” “The Girl is in Trouble”) isn’t the next big director to watch. He’s arrived – ignoring that “Paradox” hiccup – and his breakout hit is an easy contender for at many awards. A polished film complete with stellar performances and unique music by Geoff Barrow and Ben Salisbury, “Luce” will go down as one of the year’s best, or at least, most discussed films.

Unlike play adaptations like “Doubt” with a central mystery that might favor a more ambitious conclusion, all is revealed. What to do with those revelations, however, is less clear. One thing is certain: “Luce” is a morality parable that targets white liberalism’s safe acceptance of diversity, which stops where privilege begins.