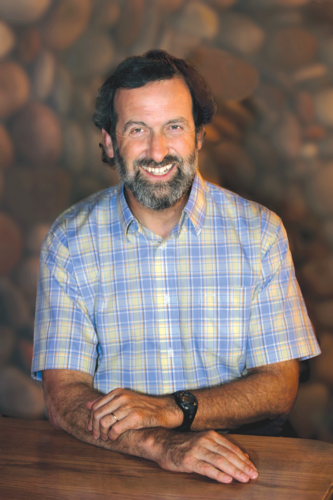 Author Marty Brounstein will sign and discuss his book “Two Among the Righteous Few: A Story of Courage in the Holocaust.” (photo courtesy of LAMOTH)

The Los Angeles Museum of the Holocaust presents a talk and book signing with author Marty Brounstein on Sunday, Aug. 18, at 3 p.m. at the museum.

Brounstein will discuss and sign “Two Among the Righteous Few: A Story of Courage in the Holocaust.” The book is the story of Frans and Mien Wijnakker who saved the lives of over 24 Jews (including Brounstein’s wife, Leah Baars) during the Nazi occupation of Holland during World War II. The Wijnakkers were Christians who led a simple life in a small town but took risks to help others in dire need, instilling hope during one of the most horrific points of history. The Wijnakkers are commemorated at Yad Vashem in an Israeli memorial that honors those who carried out acts of courage to save the lives of Jews during the Holocaust.

Admission to the book signing and museum is free. LAMOTH is located at 100 The Grove Drive. For information, visit lamoth.org.

L.A. Phil welcomes its guests to “Jurassic Park in Concert” at Bowl

Explore the waters off L.A.’s coast