‘Good Boys’ get into delightful, and sometimes funny shenanigans 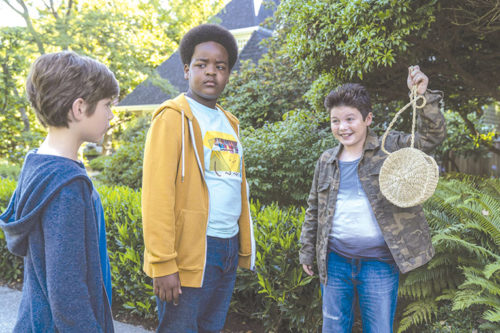 The aptly-titled “Good Boys” chronicles the awkward transition from elementary to middle school, playing the whole experience for a number of effective laughs and occasionally heartfelt accents. It’s “Superbad” for sixth graders, without succumbing to exorbitant bad behavior common among R-rated comedies. Certainly uneven at points, but missing jokes tend to give way to a rich discomfort only puberty permits.

The self-described Bean Bag Boys – composed of quiet Max (Jacob Tremblay), prudish Lucas (Keith L. Williams) and insecure Thor (Brady Noon) – encounter a large degree of growing pains at the start of middle school. Max has a crush. Lucas will soon split time between divorced parents. And Thor, desperate to relocate to the cool kids’ table, feels he must deny his love for theatric arts to fit in.

But all that can change when Max impresses cafeteria oligarch Soren (Izaac Wang) with a couple sips of hot beer in the woods. Alas, Max’s cultural capital doesn’t extend to his BFFs, who are just “random,” as Soren describes them. Regardless, Max secures an invite for all three at a “kissing party” the next night, which sends them into an adolescent frenzy. How do you kiss a girl? They don’t know.

If only they knew how to navigate YouTube for some safe answers. Instead, they use the drone Max’s dad (Will Forte) expressly forbade to survey a nearby teen neighbor Hannah (Molly Gordon) smooching her boyfriend. Instead, this ill-conceived plan backfires and the Bean Bag Boys must avoid the wrath of both Hannah and friend Lily (Midori Francis). Shenanigans ensue as they attempt to reacquire their lost property before dear dad returns, while the young ladies seek the return of their own property held hostage in retaliation, namely a phone and some Molly pills.

For a Seth Rogen production, the gross-out factor is relatively low. That’s the way it should be for a film about sixth graders. Of course, to completely avoid the many, many, many disturbing things that can happen to children in that age bracket would be disingenuous, more naive even than our young protagonists. And so, the kids swear (not much, but enough), confront their spermatic hormones and encounter peculiar devices their parents own that make absolutely no sense to their relatively innocent minds.

Perhaps the most delightful exchange occurs over the kids’ revelation that they accidentally end up with drugs in their possession. Assuming Hannah and Lily are drug addicts, the boys attempt a citizen’s arrest, exacerbating their problems tenfold but creating a childlike moment of pure joy on screen.

Films like “Good Boys” heavily depend on young, perhaps unseasoned performances. The gamble works. Award-winner Tremblay (“The Room,” “Wonder”) continues his hot streak, once again proving he’s a growing talent. Noon (“Boardwalk Empire”) is less known, but he shines in a rather complex role here. As for Williams, he was a notable presence on Fox’s “The Last Man on Earth,” but this one tops the bunch as a memorable kind of quirky. 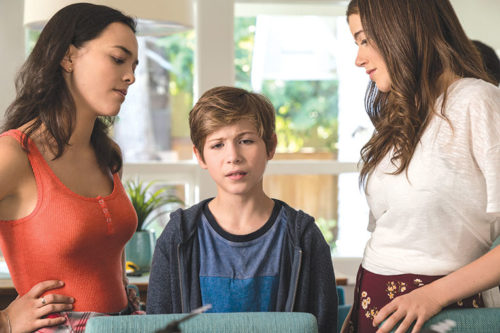 Sure, the best lines go to the boys, but Lily and Hannah earn their keep too. Particularly, Francis’ Lily works comic magic with some physical antics and a few solid one-liners.

Director Gene Stupnitsky might be new to the big screen, but he enjoys several small-screen credits, including an executive role on “The Office.” His feature debut is far from a perfect foray, but he knows how to help his stars deliver, especially with help from his co-writer Lee Eisenberg (“The Office,” “Bad Teacher,” “Hello Ladies”).

“Good Boys” doesn’t pack the continuous laugh-out-loud punch of other screwball comedies, nor does it (rightfully) attempt to replicate crass stories with older leading stars. Rather, it finds an unlikely middle ground between depicting realistic experiences (shocker, middle schoolers might pick up a few choice words from others) and others merely meant to evoke a smile. And this one provides plenty of joy along the way.

Gettin’ into the groove at 85