Go behind the mask at the Paley Center for Media 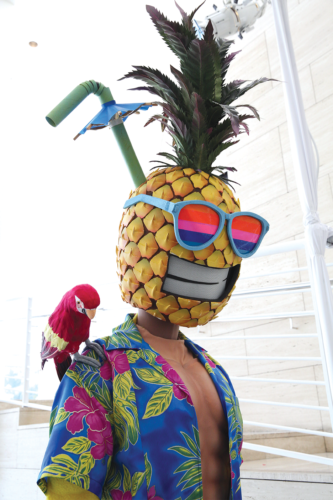 The Paley Center for Media will celebrate the artistry behind “The Masked Singer” when it presents the free exhibit “Fashion & Fantasy: The Art of ‘The Masked Singer,’” on display through Sept. 29.

The FOX series was an instant hit following its debut earlier this year. The series’ major twist, shrouding its celebrity contestants from head to toe in elaborate costume creations that shielded their identities, caused a nationwide sensation and propelled it a 2019 Primetime Emmy nomination for Outstanding Costume Design.

The exhibit will feature a selection of the series’ most talked-about costume creations, including the Peacock, the Rabbit, and the Poodle, along with photographs, costume sketches and behind-the-scenes video.

The Paley Center for Media is located at 465 N. Beverly Dr. For information, visit paley.me/maskedsinger.