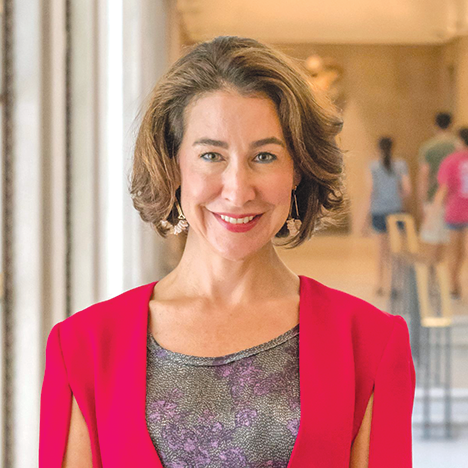 Amy Landau will join the Fowler Museum at UCLA as director of education and interpretation effective today, Aug. 22.

Previously, Landau served as director of curatorial affairs and curator of Islamic and South and Southeast Asian Art at the Walters Art Museum in Baltimore, Maryland. Since joining the Walters Museum in 2009, Landau curated exhibitions on Islamic and Asian art and oversaw the reinstallation of the art of India, Nepal and Tibet in the John and Berthe Ford Gallery, Buddhist Art of East and Southeast Asia and a selection of the Feinberg Collection of contemporary Japanese ceramics. She also catalogued the museum’s Islamic and Armenian manuscripts and was part of the team that began digitization of the Walters’ manuscript collection, projects funded by the National Endowment for the Humanities Preservation and Access Grants. Her international loan exhibition “Pearls on a String: Artists, Patrons and Poets at the Great Islamic Courts (2015-16),” organized in collaboration with the Asian Art Museum, San Francisco, received implementation grants from the NEH, the National Endowment for the Arts and the Institute of Museum and Library Services. In 2016, Landau was promoted to director of curatorial affairs at the Walters Art Museum

“The Fowler is honored to have Amy Landau join its team, bringing a record of notable scholarship, curatorial accomplishment and successful outreach to diverse communities,” said Marla C. Berns, the Shirley and Ralph Shapiro director of the Fowler Museum. “We have been impressed by her considerable ambition and energy, which will build on the Fowler’s long-term commitment to developing innovative interpretive approaches to its exhibitions and to exploring new strategies for educating and inspiring our audiences of all ages.”

Landau established “Art, Religion and Cities” with Harold Morales, of Morgan State University, and Homayra Ziad, of Johns Hopkins University, in 2018. The initiative at Morgan State examines museum representations of religion and encourages students at a prominent historically black university to consider museum careers. She focused on the project at the Freer Gallery of Art and Arthur M. Sackler Gallery, Smithsonian Institution, where she was a research associate.

“It’s a critical and exciting moment for museum professionals. We are being asked to view collections from different perspectives, describe difficult histories openly and honestly and cease privileging western historical narratives. For me, this is the time to reposition my work from curatorial to museum education, and I can’t imagine a better place to do so than the Fowler,” Landau said.

Landau previously held fellowships at the Los Angeles County Museum of Art, Warburg Institute, Metropolitan Museum of Art, Freer Gallery of Art and Arthur M. Sackler Gallery. In 2017, she was a fellow at the Center for Curatorial Leadership.

The Fowler Museum at UCLA is located on the school’s campus at 308 Charles E. Young Drive North. For information, visit fowler.ucla.edu.

Outdoor exhibit is a harmonious addition at LACMA