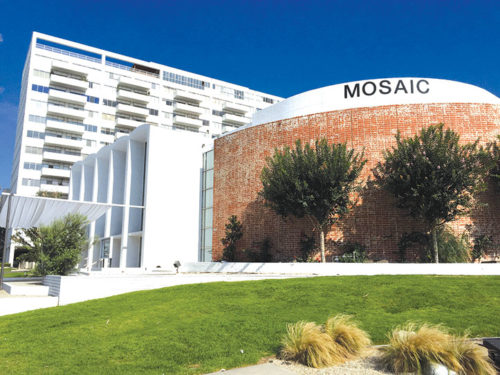 A former board chairman for Fifth Church of Christ, Scientist has been accused of stealing money from the church, including a majority of the $12.8 million received for the 2008 sale of church property at Hollywood Boulevard and La Brea Avenue. (Park Labrea News/Beverly Press file photo)

The former chairman of the board for the Fifth Church of Christ, Scientist in Los Angeles was arrested on Aug. 26 on a federal grand jury indictment charging him with fraud for stealing more than $11 million in church money and using it to purchase a home, membership at Disneyland’s exclusive dining club and other personal expenses.

According to an indictment, Sebesta was hired in 2001 as the church’s facilities manager and formally joined the church in 2005 as its local chairman. In that capacity, he had control over the church’s financial assets and operations, including at least five of its bank accounts, the indictment states.

From August 2006 through December 2016, Sebesta allegedly directed the church to send checks and other payments to fictitious companies for which he had opened bank accounts, as well as to accounts in his name and the names of his family members. To further conceal the payments, Sebesta allegedly forged a church member’s signature on numerous checks drawn from church’s bank accounts.

In fall 2008, Sebesta oversaw the sale of church property at Hollywood Boulevard and La Brea Avenue for approximately $12.8 million, and he allegedly stole a majority of the proceeds and used them for his personal use. Those uses included buying a home with more than $2 million in cashier’s checks drawn from church bank accounts, the indictment alleges. Sebesta falsely recorded his thefts in church records as “donations,” as well as environmental remediation and other payments to fictitious companies which Sebesta named so that they appeared legitimate, according to the indictment.

In 2009 and 2010, Sebesta allegedly wired $1.86 million and $309,622 in church money into his personal tax accounts to allegedly generate overpayment refunds to himself from the U.S. Treasury and the California Franchise Tax Board.

Among other concealments and deceptions, the indictment alleges that Sebesta deceived fellow church members and others by creating fictitious email accounts, including one using the name of a prominent real estate executive whom Sebesta impersonated.

In total, Sebesta stole at least $11.5 million in church assets, according to the indictment.

Sebesta faces more than 250 years in federal prison if convicted.