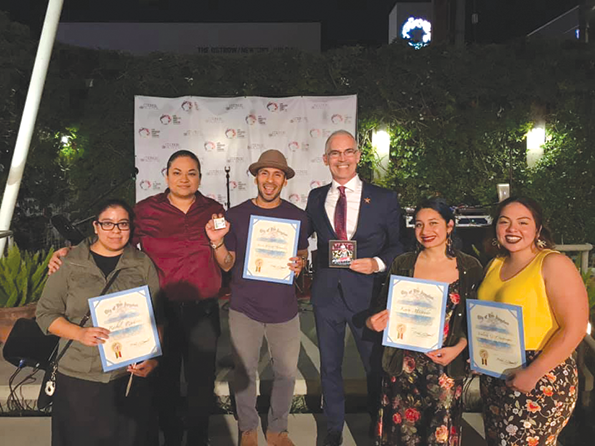 Councilman Mitch O’Farrell, 13th District, recently attended the kick-off ceremony for the annual “CineArte: A Latinx Queer Film & Art Festival,” which was held on Aug. 2 and 3 at the Los Angeles LGBT Center’s Village at Ed Gould Plaza. The festival celebrated the artistic and creative visions that tell the stories of LGBTQ+, two-spirit and indigenous communities. O’Farrell co-sponsored the annual cultural festival and presented certificates to the artists whose work was on display.