‘Dream’ of Barbara Eden at the Hollywood Museum 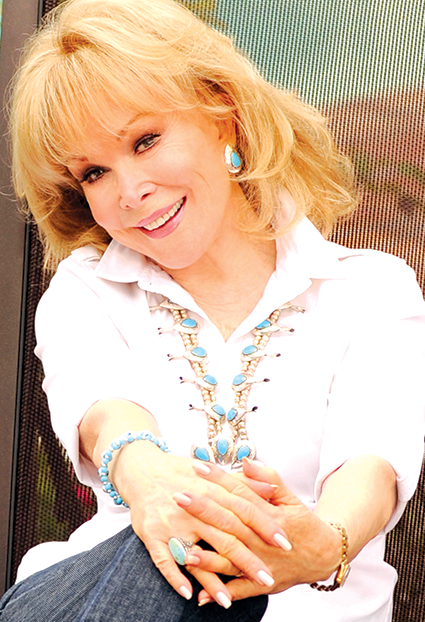 Television and film star Barbara Eden has loaned some of her props from “I Dream of Jeannie” to the Hollywood Museum.

As part of the museum’s Lobby Series that pays tribute to iconic and legendary individuals in entertainment, Donelle Dadigan, the museum’s president and founder, welcomed Eden, star of NBC’s classic television show “I Dream of Jeannie,” for a VIP opening reception on Aug. 21.

Eden will be loaning her original costume and a genie bottle used for shooting the series for the exhibit. In addition, the never-before-displayed original bottle used on the series pilot will be on display, as will five screen-accurate bottles by Mario Della Casa representing the show’s five seasons.

The Hollywood Museum is located in the Historic Max Factor Building at 1660 N. Highland Ave. For information, visit thehollywoodmuseum.com, or call (323)464-7776.