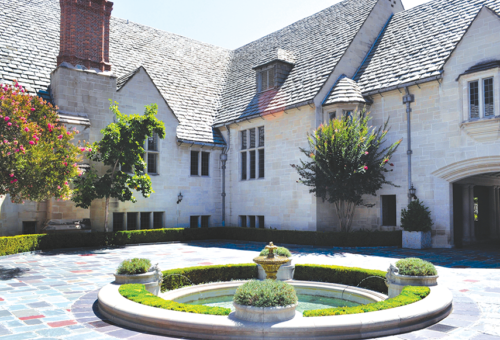 Maintenance of Greystone Mansion’s facilities are always ongoing, with several restoration projects in the works. (photo courtesy of the city of Beverly Hills)

Plans for the restoration project were previously approved by the City Council on July 10. The $2 million is part of an almost $5-million projected cost for interior and exterior improvements to the theater.

“However, after site investigations during construction, other issues – as with many old structures – were revealed, which requires additional funds.”

Restorations to the theater are expected to be completed by Jan. 8, 2020.

The Friends of Greystone, a nonprofit volunteer group dedicated to restoring and preserving the mansion, included restoring the theater among several projects requiring improvements. Restoration to the theater would require the removal and replacement of seats and preserving historic light fixtures and woodwork, while also installing new flooring, audio and video technology, security and telecommunication systems, roofing and waterproofing.

Though the theater will be closed, performances will continue to be held in the mansion living room, as well as the “Classics in the Courtyard” plays.

The city took ownership of the mansion in 1965. 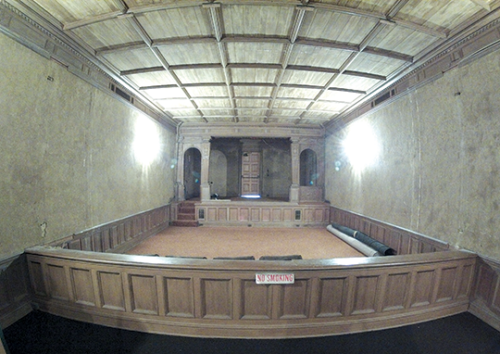 Discussions on restoring the theater began in 2015 between the city and the Recreation and Parks Commission. During a Feb. 7, 2017 study session, Historic Resources Group Managing Principal Peyton Hall and then-City Director of Community Services Nancy Hunt-Coffey delivered recommendations for restoration to the city.

Then-city manager Mahdi Aluzri said this would be the city’s first attempt to oversee a major restoration project at Greystone Mansion. The City Council approved the recommendation for city staff and the Friends of Greystone to begin looking at restoring the theater.

“Increased use – of which you have experienced – requires increased caretaking,” Hall said. “Greystone’s integrity should be maintained and aesthetic qualities require both good housekeeping and some restoration.”

Beesen said restoring the theater was a priority set by the city, and it’s a larger project when compared to the estate’s other needs.

Built between 1927-28, Greystone was once the home of Edward L. Doheny Jr., son of the oil magnate of the same name. The 55-room estate, also referred to as the Doheny Estate, is listed on the National Register of Historic Places. From 1969-82, the American Film Institute leased the theater for performances, but the theater has since not been in use.

“As far as what the theater will be used for in the future, that has not yet been discussed,” Beesen said. “The [Friends of Greystone] will look at programming and see what is feasible. All these things go through the Recreation and Parks Commission and the City Council.”

While the next steps following the theater’s restoration are not yet settled, Beesen said everyone is behind the restoration.

WeHo pulls rabbit out of its hat