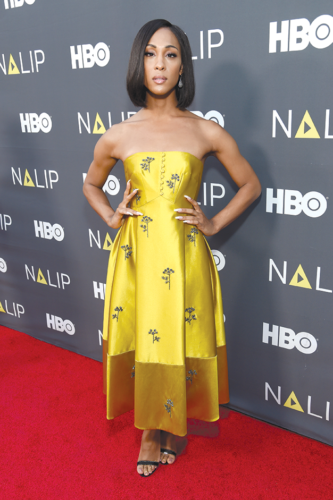 MJ Rodriguez of “Pose” was honored for her acting at the NALIP Media Summit’s 2019 Latino Media Awards. (photo by Michael Kovac/Getty Images for NALIP)

On July 27, the National Association of Latino Independent Producers’ 2019 Latino Media Awards celebrated the progress of Latinx talent and content creators at the annual gala held at the Ray Dolby Ballroom at Hollywood and Highland.

The cast of “Vida,” including Mishel Prada, Chelsea Rendon, Ser Anzoategui and Tonatiuh, were on hand to celebrate creator/showrunner Tanya Saracho receiving the Media Advocacy Award.

“Pose” star MJ Rodriguez enjoyed a mother and daughter date as the actress was presented with the Outstanding Achievement in Television Award by the show’s creator and executive producer, Steven Canals.

The Lupe Ontiveros Award, spotlighting talent or producers who have shown great promise and potential in their work thus far, was presented to Karla Souza, while the Tech Arts Innovator Award was presented to “Roma” production designer Eugenio Caballero.

The evening concluded with the prestigious Lifetime Achievement Award, which honored director, producer and writer Gregory Nava for his distinguished work on films such as “Selena” and “Bordertown.”