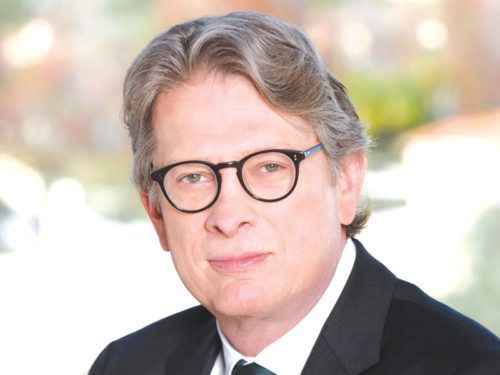 On Aug. 5, the Academy Museum of Motion Pictures’ Board of Trustees announced the museum’s director, Kerry Brougher, is leaving his position.

A spokesperson for the museum who asked not to be named provided a statement from the museum’s board, which said Brougher plans to return to his roots in the art world. Brougher came to the museum in 2014 from the Smithsonian’s Hirshhorn Museum and Sculpture Garden in Washington, D.C., where he served as chief curator, deputy director and interim director, according to his LinkedIn page. Prior to his time at the Smithsonian, Brougher was director of the English museum, Modern Art Oxford, and curator at the Museum of Contemporary Art, Los Angeles. He also taught as an adjunct professor of art history at Pepperdine University.

“We thank Kerry for his dedicated service on behalf of the museum,” the board’s statement said. “His work over the last five years on the museum’s construction and in-depth collections well positions us to move into the next phase of this ambitious project.”

The museum spokesperson declined to answer follow-up questions, and Brougher did not respond to a request for comment, but in the board’s statement, Brougher said it has been “a privilege” to work on the 300,000-square-foot Academy Museum.

“We are just weeks away from completing construction of the buildings, ending the first phase of this project, and our collection has grown substantially,” Brougher said.

The museum, which will occupy the May Company building at 6067 Wilshire Blvd., is expected to open next year, a few months after the original expected opening of late 2019. The museum, designed by Pritzker Architecture Prize winner Renzo Piano, will also feature a 1,000-seat theater known as the Sphere.

Some already announced exhibits include “Hayao Miyazaki,” a retrospective of the Japanese filmmaker behind animated classics like the Oscar-winning “Spirited Away,” and “Regeneration,” a look at African-American cinema from 1900-1970. The museum also announced it will feature rare items like the only life-size model of “Jaws” still in existence.

“The ‘Miyazaki’ and ‘Regeneration’ exhibitions will be the first of their kind,” Brougher said. “I’m very proud of the work done by our amazing team. Now is the right time for me to pass the baton.”

Brougher’s departure was preceded by Deborah Horowitz, the museum’s deputy director for creative content and programming, who left in April.

Public calls for gun legislation in wake of mass shootings