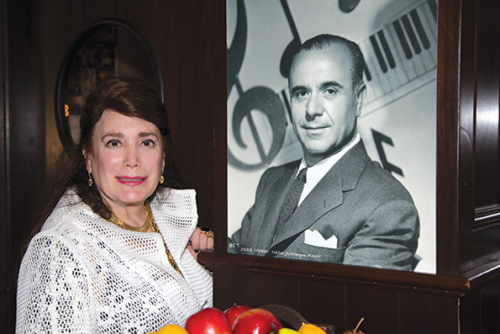 On July 18, the José Iturbi Foundation will present “A Decade of Dudamel” with the LA Philharmonic at the Hollywood Bowl.

Expected attendees include Donelle Dadigan, co-founder and president of the José Iturbi Foundation, Burt Ward of “Batman,” Susan Olsen of “The Brady Bunch” and actress Tippi Hedren, among others.

“It is a great honor for the Jose Iturbi Foundation to sponsor the ‘Decade with Dudamel’ concert at the Hollywood Bowl,” Dadigan said. “And, we are thrilled to present to the Hollywood Bowl audience the international piano virtuoso Khatia Buniatishvili performing Rachmaninoff’s ‘Piano Concerto #3’ – the same piano concerto José Iturbi performed at the Hollywood Bowl half a century ago.”

Musical selections will also includeselections from “Vertigo,” “Casablanca,” “The Pink Panther,” and more.

The Hollywood Bowl is located at 2301 Highland Ave. For information, visit joseiturbifoundation.org.

Storytelling, song and family fun at the Skirball