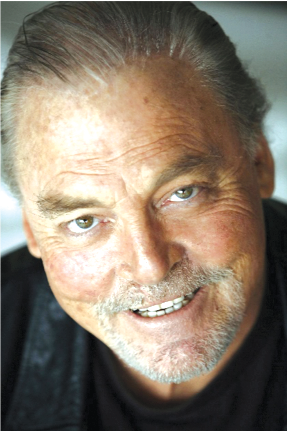 On July 31, actor Stacy Keach will be honored with the 2,668th star on the Hollywood Walk of Fame. The star will be dedicated in the category of television at 1628 Vine St., near the corner of Hollywood and Vine, at 11:30 a.m.

“Stacy Keach is a triple threat, working on stage, television and film,” said Ana Martinez, producer of the Hollywood Walk of Fame. “He is what entertainment legends are made of, and we are happy to pay tribute to him and add his name to our historic Walk of Fame.”

Keach was born in Savannah, Georgia, to a family of entertainers. His mother, Mary Cain Peckham was an actress; his father, Walter Stacy Keach Sr., a theatre director, drama teacher, and actor; and his brother James Keach is an actor and television producer/director.

Keach started his career at the age of 4, playing Old King Cole in a school pageant in Taft, Texas. He later graduated from Van Nuys High School in June 1959, where he was class president. Keach then earned two bachelor’s degrees at the University of California, Berkeley, in 1963, one in English, the other in dramatic art. He attended the Yale School of Drama in 1966 and was a Fulbright Scholar to the London Academy of Music and Dramatic Art.

While studying in London, Keach met Laurence Olivier, his acting hero, which kicked off a long and successful career for Keach.

Throughout his extensive career, Keach has performed in motion pictures and television while continuing classical and Broadway stage work.

He recently finished filming the third season of the CBS award-winning comedy series “Man With a Plan,” alongside LeBlanc, and will begin filming the fourth season in the fall. He has had a recurring role on “NCIS: New Orleans,” playing Scott Bakula’s father, and in “Blue Bloods” as the Archbishop of New York, alongside Tom Selleck.

On stage, Keach is considered a pre-eminent American interpreter of Shakespeare, with his Shakespearean roles including Hamlet, Henry V, Coriolanus, Falstaff, Macbeth, Richard III and King Lear. He also led the national touring company cast of “Frost/Nixon,” portraying Richard M. Nixon. In 2018, Keach portrayed Ernest Hemingway in the Goodman Theatre’s one-man play, “Pamplona,” which he plans to bring to L.A. in 2021.

So pleased you received a Walk of Fame honor! I was at Van Nuys High in your class in 1958 and we knew each other (you wrote in my annual) but sadly I had to move for my senior year to Anaheim. I borrowed your fabulous book from my friend Claudia Kalp who I have remained friends with since ninth grade! I enjoyed your book immensely and it was good to catch up with where your interesting life intersected with mine. God bless you for never giving up!

I always loved your acting. You were great in those detective series. Keep on trucking.