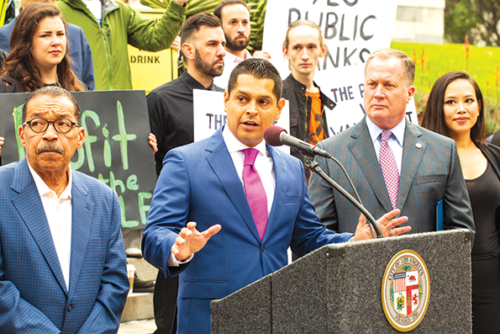 “The bottomless war chests and lobbying efforts of big banks have proven useless against the grassroots power behind this measure,” Santiago said. “We are long overdue for a banking option that works for the public good instead of billionaire investors who show no interest in building up our communities.”

Chiu said California is “putting the needs of our own communities over the profits of Wall Street investors.”

“Thank you to our Senate colleagues for moving this policy forward to ensure the public’s money is used for the public good,” Chiu said.

The bill has earned multiple endorsements in the recent weeks and months, including U.S. Rep. Ro Khanna (D-Fremont), the California Democratic Party and the County of Santa Cruz, among others. The bill also has a strong coalition of support in the California Legislature, including 10 Assembly members and four additional state Senators.

Pair of public hearings in West Hollywood on July 22