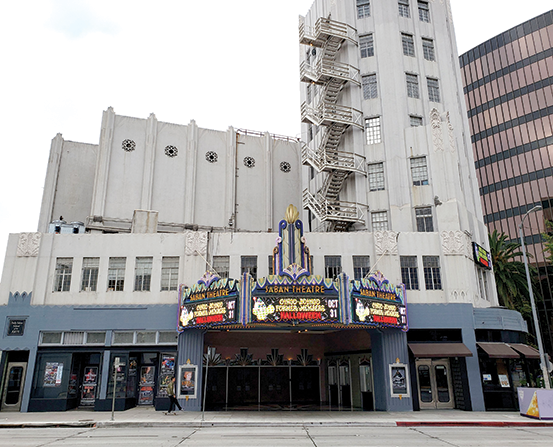 The Saban Theatre first opened in 1930. (photo by Cameron Kiszla)

The Beverly Hills Temple of the Arts filed a lawsuit against the Metropolitan Transportation Authority and the city of Beverly Hills on June 14, which claims various forms of damage to the temple’s Saban Theatre.

The lawsuit comes after five years of construction along Wilshire Boulevard as part of Metro’s Purple Line Extension subway project, between Western Avenue and La Cienega Boulevard for Phase 1. Damage to the building included cracks, crumbling art deco and subsidence, which causes the building to sink into the ground due to vibrational drilling, according to the temple’s Rabbi David Baron.

“Our purpose in this suit is to collect damages we experienced,” he said. “Knowing that Metro was coming through from the city of L.A., we alerted the city of Beverly Hills and we said, ‘Look…we’re not a mom-and-pop hot dog stand that Metro typically runs out of business and pretty much goes bankrupt … we’re a significant synagogue and performing arts center. We’re not going to let that happen.’” 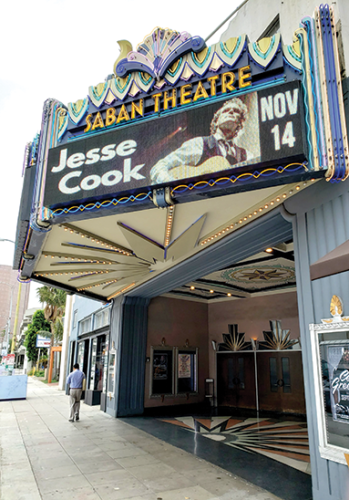 The Saban Theatre is on the Federal and State Registry of Historic Places. (photo by Cameron Kiszla)

The Saban Theatre is registered under the Federal and State Registry of Historic Places and is a member of the League of Historic American Theatres.

The board of directors for the Temple of the Arts and the Beverly Hills Performing Arts Center, a nonprofit which provides support for the Saban Theatre, consulted with lawyer Edward Lear of Century Law Group, LLP. Not only was there physical damage, according to Baron, but a loss of revenue during peak performance periods and damage to the theater’s perception as it competes with other local venues to bring in new clients.

Because damage to the building is ongoing, Lear said, an exact figure on how much the temple is seeking in damages has not been ascertained. Lear and the temple are working with consultants to determine the monetary extent of the damage, he said.

In addition to the damage, tenants in the building also moved out due to the noise caused by construction, according to Baron. Both Digital Media Management and the Sharpe Alliance moved out because they “could not handle the noise and conduct business,” Baron said.

Visible damage was photographed using high-resolution cameras, Baron said, and repairs must be consistent with the theater’s 1930 architecture.

Metro responded to the lawsuit with a statement, which said it “has a very robust construction mitigation program that successfully meets or exceeds local, state and federal requirements.”

“We have an excellent track record [of] working closely with community stakeholders to mitigate noise, dust, vibrations, traffic detours and other issues in our ongoing mission to improve mobility for all the residents of Los Angeles County,” Metro’s statement read.

Part of Metro and the city’s effort to keep businesses afloat during construction is with a Business Interruption Fund, which is intended to provide financial assistance to small businesses impacted by the Purple Line Extension. Such a business must meet the definition “as a for-profit business or non-religious, nonprofit with 25 or fewer full-time employees,” according to Metro’s website.

Baron said the fund was “a joke.” After reviewing the fund’s requirements and given its status as a religious entity, the temple decided not to file an application. Were it applicable to receive financial assistance, Baron said the cost would not cover the damages caused by the subway project.

Keith Sterling, public information manager with the city, said Beverly Hills and Metro collaborated on what to do in case penalties were committed along segments of the construction route.

“The city has negotiated a memorandum of agreement with Metro for both Section 1 and Section 2 of the Purple Line that outlines permit conditions for all work activities,” Sterling said. “These protective conditions are monitored by an independent compliance monitor that enforces the MOA. Violations of the permit conditions can result in financial penalties.”

Baron said he supports the subway project as a benefit for people commuting to and from downtown Los Angeles, and he hopes any damage caused by the construction will be resolved.

“Our agenda is preservation, restoration, modernization and use,” Baron said. “We want to see this place used. They don’t build them like this anymore, so seeing us compensated for the losses and the damage inflicted by the Metro construction [is the goal], and then we hope to have a really great relationship and that the subway’s existence will enable more people to partake of the offerings of this nonprofit venue.”