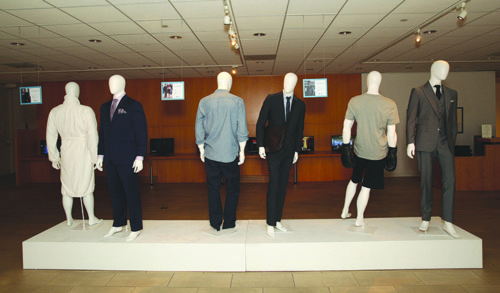 The Paley Center for Media in Beverly Hills will celebrate the final season of the acclaimed series, “Suits,” when it presents “Suits: A Farewell Celebration Exhibit” running through Sept. 15.

Over the course of its eight seasons, UCP’s “Suits” has captured the hearts of viewers around the world. Now, as the ninth and final season premieres, “Suits: A Farewell Celebration” salutes the show’s epic run with photography and iconic costumes from series costume designer Jolie Andreatta.

The Paley Center presents exhibits tha­­­t offer a unique combination of artistry and entertainment and give visitors a behind-the-scenes look at the creative process that brings television programs to life.

“We’re thrilled to celebrate the ninth and final season [of ‘Suits’] with this special behind-the-scenes look at the beloved series,” said Maureen J. Reidy, the Paley Center’s President and CEO.

The Paley Center is located at 465 N. Beverly Drive. Admission is free. For information, visit paley.me/suits.

A mural with a message