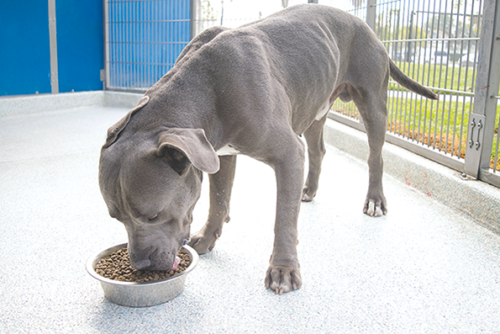 The new shelter will offer pets ready for adoption, as well as other animal-related services. (photo courtesy of spcaLA)

The Society for the Prevention of Cruelty to Animals Los Angeles, commonly known as spcaLA, will open a new pet adoption center at 5026 W. Jefferson Blvd. on July 20, from 10 a.m. to 1 p.m. The center will serve the Mid-City area, including neighborhoods between downtown Los Angeles and Culver City.

The facility formerly served as pet shelter from 1949 through the early 2000s, when it was converted into a spay/neuter center, emergency animal housing location and training center. Actress Doris Day cut the ribbon at the facility in 1949. It was considered a tribute to modern times and amenities and featured a “doggie drinking fountain.”

Recognizing that there were no pet adoption centers in the area, spcaLA decided to reopen the shelter. Crews are currently working to get the shelter ready to house animals available for adoption.

“They don’t make them like this anymore,” said spcaLA President Madeline Bernstein. “The ‘bones’ of the facility, no pun intended, are in excellent condition, and the craftsmanship is unparalleled. We are excited to share this new adoption resource with the community.”

At the opening on July 20, pet adoption fees will be discounted to $25. The event will also include food trucks, music, giveaways and more. It is sponsored by State Assemblywoman Sydney Kamlager-Dove and Los Angeles City Council President Herb Wesson, 10th District.

The center will be open from 10 a.m. to 5 p.m., Wednesday through Sunday. For information, visit spcala.com.

Pair of public hearings in West Hollywood on July 22

Annual Lotus Festival kicks off with free concert in the park