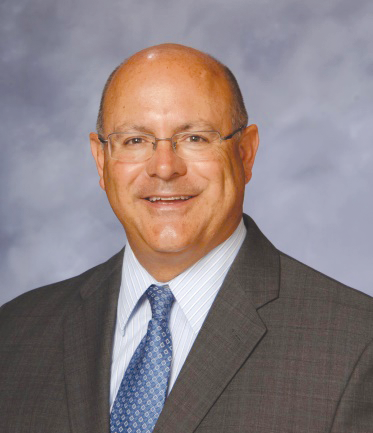 The Los Angeles Board of Water and Power Commissioners appointed Martin L. Adams as LADWP’s general manager on July 23, replacing David H. Wright, who had planned to leave the utility in October.

Wright was told by Mayor Eric Garcetti on July 22 that he was no longer needed.

Adams was selected to lead the LADWP at a time when a federal investigation is occurring relating to the utility’s customer billing system, launched in 2013, and the settlement of a resulting class action lawsuit. The FBI served search warrants on July 22 at the DWP’s office downtown and the office of Los Angeles City Attorney Mike Feuer as part of its investigation.

Ivor Pine, deputy director of community engagement and outreach at Feuer’s office said the search warrants served on city attorney staff, “relate to issues that have arisen over the class action litigation and settlement surrounding the DWP billing system, and the city’s lawsuit against PwC (PricewaterhouseCoopers). We have and will continue to cooperate fully with the expectation that the investigation will be completed expeditiously.”

FBI spokesman Rukelt Dalberis said the search warrants are sealed and the investigation is ongoing, and there was no comment from the agency.

Adams is a 35-year veteran of the department and most recently served as chief operating officer, where he oversaw LADWP’s extensive water and power operations. Adams was nominated to the post in June by Mayor Eric Garcetti to replace the outgoing Wright, who was dismissed on July 22 following the FBI search warrants being served. Adams began serving as interim general manager immediately, pending official City Council confirmation.

“Marty’s depth of knowledge of LADWP’s operations, coupled with his unwavering commitment to our city, makes him the leader that this utility needs,” said Mel Levine, president of the Board of Water and Power Commission. “Throughout his many years as an engineer, complex problem solver and relationship builder, he has proven that he has the experience and vision that LADWP needs, and I know many at LADWP, across the industry and in the community agree.”

“LADWP is at the center of a generational transition toward a more sustainable Los Angeles, and our utility needs a leader with the experience and vision to help us realize that promise,” Garcetti added. “Marty has played a critical role in navigating the department through some of its toughest challenges, and I know that he is the right person to lead LADWP forward.”

Before becoming chief operating officer, Adams oversaw water infrastructure, resources and quality. He helped reduce Los Angeles’ water use by nearly 20% through implementation of the city’s water conservation ordinance and oversaw the creation of numerous rebates and programs for customers. Additionally, he focused on accelerating the replacement of the LADWP’s aging water system infrastructure.

“It will be a great honor to lead an organization that I have been dedicated to for the last 35 years,” Adams said. “LADWP is, and always has been, at the core of the city’s very existence, and I take our responsibility of ensuring the city’s future success very seriously.”