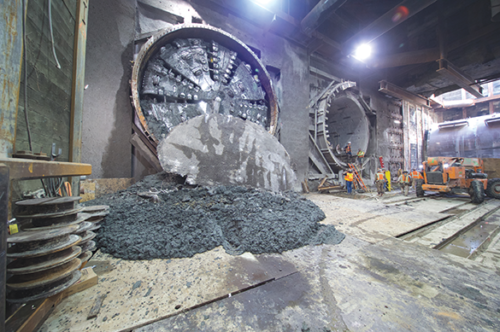 Metro has announced that Elsie, the second tunnel boring machine completing one of two tunnels as part of the first section of the Purple Line Extension, has made it to Wilshire/Western station in Koreatown. The tunnel boring machine, commonly called a TBM, arrived the station at 3:57 p.m. on Thursday, June 27.

No subway work planned on Fourth of July