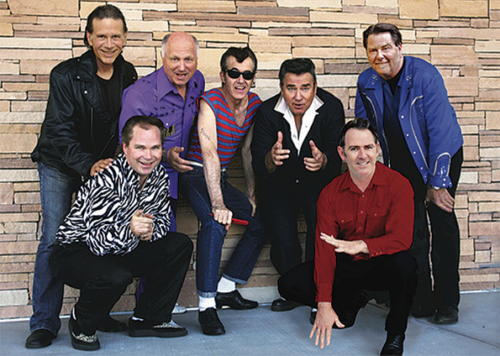 The Grammy Museum will welcome past and present members of the legendary group Sha Na Na for a celebration and discussion on Monday, July 22, at 7:30 p.m. in the museum’s Clive Davis Theater.

Scott Goldman will moderate a discussion with Sha Na Na members about the group’s 50-year career, followed by a performance. Sha Na Na may not have invented rock ‘n’ roll nostalgia, but the group has successfully celebrated the music and memories of the genre for the past four decades in concerts, movie, television and recordings.

Wearing turtlenecks and blue blazers, the nucleus of Sha Na Na was formed by undergraduate members of The Kingsmen, a glee club ensemble at New York’s Columbia University that used to perform a cappella versions of 1950s rock songs. Eventually, instruments were added and Sha Na Na was born. The name comes from a chorus in the Silhouettes’ hit, “Get A Job.”

Sha Na Na went on to play at the original Woodstock Festival, starred in “Grease,” hosted the “Sha Na Na” TV Show from 1977 to 1981 and still play more than 50 concerts a year.