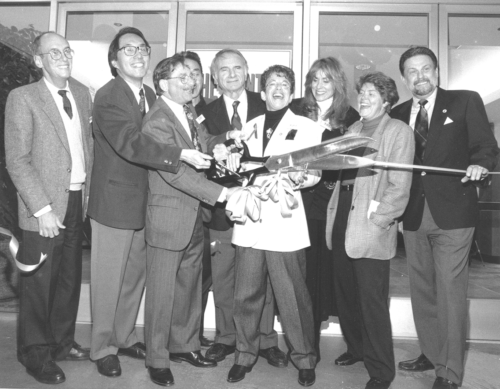 Many people in the local community are mourning the death of Rose Greene, a champion of LGBTQ rights who died on July 11 at the age of 72.

Greene formerly served on the board of directors for the Los Angeles LGBT Center and was instrumental in creating the center’s headquarters in Hollywood.

“The center joins our community in mourning the loss of a true warrior in the fight for LGBT equality, health, and happiness. Rose dedicated much of her life to building and strengthening the center. She served on the board of directors on two different occasions: for six years from 1989–1995 and again from 2006–2011. She was board co-chair during the courageous and historic capital campaign (the first in the LGBT world) to purchase the center’s 44,000-square-foot headquarters in Hollywood, now known as the McDonald/Wright Building and one of nine locations. The center’s success in that campaign inspired others throughout the nation, among them the New York LGBT Center and the Human Rights Campaign,” said LA LGBT Center CEO Lorri L. Jean.

“She presided over the Board during difficult times, including Gov. Pete Wilson’s veto of AB101, a bill that would prohibit employment discrimination based on sexual orientation, and the imposition of Don’t Ask Don’t Tell, and during heady times, such as the decision to mount a second capital campaign to purchase and renovate what became the Village at Ed Gould Plaza. As board co-chair, Rose also helped develop, and then rode in the first California AIDS Ride in 1994, a 545-mile bike ride from San Francisco to Los Angeles that raises money for HIV and AIDS related services at the Center. The Center is what it is today, thanks in part to Rose’s leadership and vision.”

Jean recounted a day in summer 1992 when Greene called to encourage her to apply for the job of executive director at the center.

“Her passion was infectious. Her commitment impressive. She succeeded, and that pivotal moment changed my life,” Jean added. “Rose left this Earth way too early at the age of 72. But she went out fighting following a stem cell transplant in her quest to defeat bone cancer. The center lauds this tireless champion of the oppressed, this extraordinary, amazing, powerful, hilarious, and loving woman.”

Saturn Awards to celebrate the best in sci-fi, fantasy and horror