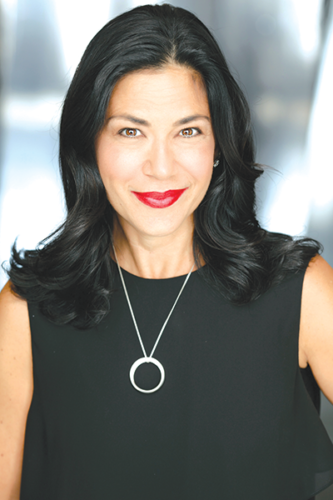 Levine comes to the Garcetti administration with more than two decades of experience as a communications strategist. Most recently, Levine served as a senior vice president at Revolution Messaging, lending her communications expertise to a number of progressive causes.

“Dae’s breadth and depth of experience make her the right person to lead my communications team,” Garcetti said. “From fighting for marriage equality to protecting our environment, Dae’s successful track record is a perfect match for my administration. I have no doubt she will excel in this role, and I am proud to welcome her onto my team.”

Levine’s experience is wide-ranging, from serving as stakeholder director for the successful Equality Campaign to achieve marriage equality in Australia to heading communications for Greenpeace Australia Pacific. She has also run her own communications firm and worked for Human Rights First, Planned Parenthood and the Democratic National Committee.

“Andre’s thoughtful leadership and dedication have been essential to everything we’ve done to shape our message and share my priorities with Angelenos and people around the world,” Garcetti said. “I look forward to continuing to draw on his strategic insights in his new and expanded role.”

Prior to joining the mayor’s office, Herndon served as public information officer for the County of Los Angeles Department of Parks and Recreation and communications director for Curren Price’s 2013 campaign for City Council. For close to a decade, Herndon was executive editor of the Los Angeles Wave/L.A. Independent, where he oversaw all editorial operations for the dual newspaper chain.