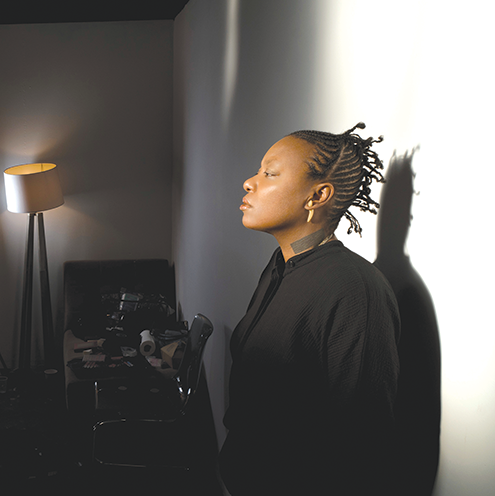 Musical artist Meshell Ndegeocello will perform as part of the Ford Theatres’ IGNITE @ the FORD! Series. (photo by Charlie Gross)

Ford Theatres presents vocalist and bassist Meshell Ndegeocello in concert on Saturday, July 13, at 8 p.m., as part of its IGNITE @ the FORD! series.

Ndegeocello will perform songs from her Grammy-nominated album “Ventriloquism,” as well as a selection of fan favorites. “Ventriloquism” has the musical hallmarks of Ndegeocello’s past work and pays tribute to her diverse influences. “Ventriloquism” is a place, like its process, to take refuge from one storm too many, according to the artist.

“The year around the recording of this album was so disorienting and dispiriting for me personally and for so many people I know and spoke to all the time,” Ndegeocello said.

“I looked for a way to make something that was light while things around me were so dark, a musical place to go that reminded me of another, brighter time.”

“Early on in my career, I was told to make the same kind of album again and again, and when I didn’t do that, I lost support,” she added. “There isn’t much diversity within genres, which are ghettoizing themselves, and I liked the idea of turning hits I loved into something even just a little less familiar or formulaic. It was an opportunity to pay a new kind of tribute.”