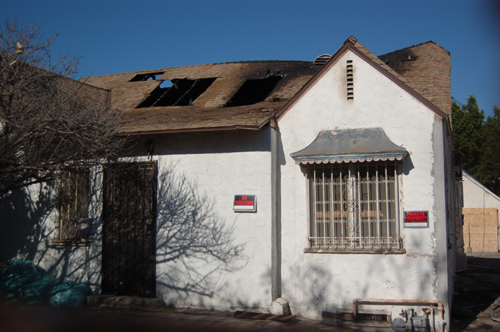 Firefighters determined a vehicle that caught fire caused the blaze in the single-family residence. (photo by Edwin Folven)

Firefighters extinguished a blaze in a single-family home on Kings Road on June 30 in approximately 30 minutes, preventing it from spreading to nearby structures. The fire was reported shortly after 2 a.m. at the residence at 420 N. Kings Road, just north of Beverly Boulevard. The cause was determined to be a vehicle parked next to the house that ignited and spread flames to the home. No injuries were reported. The house was deemed uninhabitable because of the threat of a roof collapse, and it is unclear whether the building was vacant. Cost estimates for damage and loss were not available.

Plan would halt use of pepper spray in juvenile halls