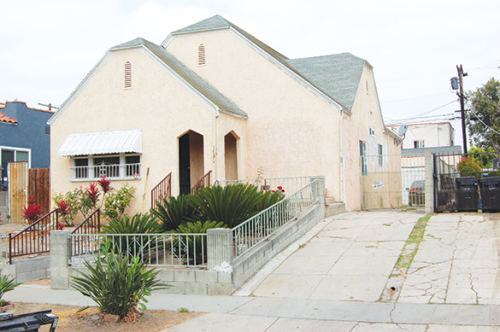 Firefighters quickly extinguished a blaze that erupted on July 6 in the rear portion of a residence in the 1700 block of South Mansfield Avenue. The Los Angeles Fire Department received a report at approximately 4:15 p.m. about the fire, which was threatening to spread to a two-story apartment building west of the property on Orange Drive. Twenty-eight firefighters extinguished the blaze in 18 minutes, said LAFD spokesman Brian Humphrey. The fire originated in a debris pile and shed located in the home’s backyard. No injuries were reported and an estimate of damage and loss was not available.