Feuer cracks down on Hollywood nightclubs 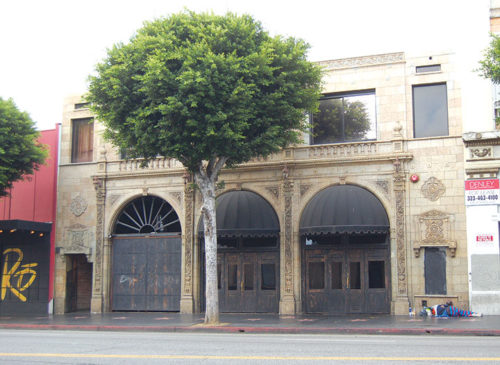 The Project Los Angeles nightclub on Hollywood Boulevard has been targeted by law enforcement because of alleged illegal activity. (photo by Edwin Folven)

Los Angeles City Attorney Mike Feuer has filed 60 criminal charges against the owners and operators of three Hollywood nightclubs that have been the sites of repeated problems.

The defendants are listed as David Gajda, Hollywood and Ivar LLC, Freddy Braidi, Caroline Braidi, Robert Vinokur, Elie Samaha and Nightlife Ventures LLC. Their names are combined in each count of the criminal complaint, and it is unclear if they own some or all of the clubs. Project Los Angeles and L’Scorpion remain open pending the outcome of legal proceedings.

Feuer alleges the sites have been the source of increased calls to the Los Angeles Police Department’s Hollywood Division, and violations have led to inspections by the California Department of Alcoholic Beverage Control, L.A. Department of Building and Safety and the Los Angeles Planning Department. The charges were filed after other attempts to get the owners to comply were unsuccessful.

“We allege these clubs have put their customers, and everyone in the vicinity, in potential danger every single night,” Feuer said. “Club owners and operators are obligated to take appropriate security measures and adhere to the terms of their permits. When we believe they haven’t, we’ll take forceful action.”

The owners and operators of Project Los Angeles have been charged with 18 criminal counts – seven related to security guard issues, three counts of having improper lighting and two counts alleging minors were admitted to the club. Some of the charges arise from an Aug. 2 inspection, in which the operators were cited for employing guards without proper ID and having insufficient exterior lighting where IDs are checked. The operators were also cited for lighting issues last Sept. 5.

On Jan. 5, the operators were cited for additional security concerns, and on Feb. 16, an undercover operation allegedly determined two minors entered after security failed to check their ID’s. On April 20, the operators were again cited for insufficient exterior lighting and employing security without proper equipment.

Project Los Angeles also allegedly was the scene of a large fight involving numerous patrons last Oct. 27. Officers responded and were forced to request backup after the crowd refused to disperse and officers had to form a skirmish line. Three suspects were arrested for resisting arrest and battery of an officer during the incident.

Additionally, security attempted to remove an intoxicated female patron from Project Los Angeles on March 15, and the woman pulled out a knife and scuffled with a security guard on the sidewalk. The guard was allegedly not in uniform, in violation of the establishment’s permit. A male passerby saw the scuffle and intervened, striking the security guard. The struggle continued, resulting in the guard being stabbed before officers could arrive. The woman was taken into custody and the security guard treated for his injuries.

The owners and operators of L’Scorpion have been charged with 20 criminal counts, including six charges of operating without permits, three counts related to inadequate security and three counts of excessive noise. Inspections occurred on Oct. 11, Jan. 17 and April 19. The club had been operating on an expired permit and despite numerous warnings, the owners hadn’t applied for a renewal, according to Feuer. The operators had also allegedly illegally modified the space for live music and maintained the modifications despite citations from LAPD and orders to comply from the L.A. Department of Building and Safety. Live performances are prohibited under the nightclub’s permits. Additionally, the operators allegedly failed to maintain security camera footage required by permits.

The owners of the recently closed Rusty Mullet, which shares a subdivided lot with L’Scorpion, have been charged with 22 counts, including six related to security guard inadequacies, seven of operating without valid licenses and three for operating as a nightclub instead of a restaurant. On Jan. 17, an inspection allegedly revealed an insufficient number of security guards, no electronic ID verification systems and no food service at Rusty Mullet. Citations were also issued for operating without a valid permit.

LAPD officers returned on March 17 and again cited the location for no food service and expired permits. On May 9, officers allegedly found insufficient security, no ID verification system and expired permits. An additional inspection on June 7 found security guards out of uniform. It was not disclosed when the nightclub closed. The rusty Mullet was the site of a 2016 homicide in which a victim was stabbed to death, Feuer said.

Councilman Mitch O’Farrell, 13th District, has joined the effort to crack down on nuisance nightclubs in Hollywood and applauded the charges.

“Public safety is one of my top priorities in office, and entertainment venues in Hollywood will be held accountable for violating city codes that endanger the public,” O’Farrell added. “I’m happy to see the city attorney take punitive steps against non-compliant operators in my district, especially those who disobey laws that protect minors. This should serve as a warning to others that bad behavior will not go unpunished.”

The charges follow previous prosecutions against the nightclubs Liaison, Playhouse and Paloma, and Delicious Vinyl restaurant.