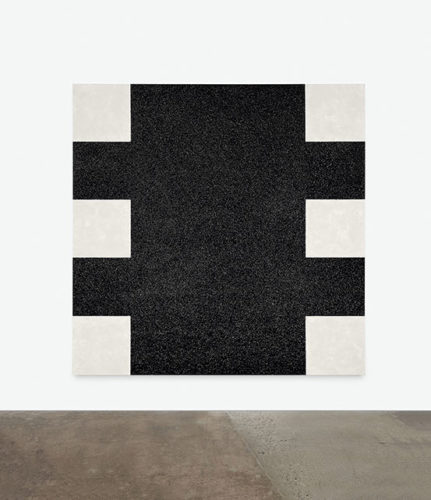 The Los Angeles County Museum of Art presents “Mary Corse: A Survey in Light,” an exhibit running from Sunday, July 28, through Monday, Nov. 11.

The exhibit is the artist’s first solo museum survey and includes 20 paintings, two sculptures and three prints. It brings together for the first time Corse’s key bodies of work including her early shaped canvases, freestanding sculptures and light encasements engineered in the mid-1960s. Also featured are her breakthrough “White Light Paintings,” begun in 1968, and the “Black Earth” series, initiated after moving in 1970 from downtown Los Angeles to Topanga Canyon, where she currently lives and works.

Organized by the Whitney Museum of American Art, New York, in association with LACMA, the presentation is overseen by Carol S. Eliel, the museum’s senior curator of Modern Art.

“Though Mary Corse is associated with the first generation of California Light and Space artists, this is, surprisingly, the first museum exhibition devoted exclusively to her work,” Eliel said. “Corse’s abstractions are extremely creative and exquisitely beautiful, and we are honored to acknowledge her work here in Los Angeles.”

“LACMA has extensive holdings of art made in Southern California, and this exhibition plays to that strength,” added LACMA CEO and Wallis Annenberg Director Michael Govan. “We are fortunate to have Corse’s work in the museum’s collection including ‘Untitled (White Arch Inner Band Series),’ which was featured in the exhibition ‘SoCal: Southern California Art of the 1960s and ‘70s from LACMA’s Collection’ in 2007. We are pleased to showcase the painting again, along with ‘Untitled (Black Grid),’ a gift in 2008 from Cindy and Tony Canzoneri, now within a larger body of Corse’s work in this long overdue survey.”

After early abstract work, Corse emerged in Los Angeles in the mid-1960s as an artist associated with the West Coast Light and Space movement. She shared with her Southern California contemporaries a deep fascination with perception and with the possibility that light itself could serve as both subject and material of art.

The focused exhibition, organized in loose chronological order, highlights critical moments of experimentation as Corse engaged with modernist painting while charting her own course through studies in quantum physics and complex investigations into “painting” materials.

The majority of works in the exhibition are paintings on canvas or board, featuring refractive materials such as glass microspheres and reflective acrylic squares. The remaining works include two sculptural paintings made out of Plexiglas and light fixtures, two free-standing sculptures, one wall-bound ceramic “painting” and three prints. The exhibition includes three paintings from LACMA’s permanent collection, “Untitled (Hexagonal White)” (1965), “Untitled (White Arch Inner Band Series)” (1966), and “Untitled (Black Grid)” (1988), the last of which is unique to the presentation at LACMA.

The Los Angeles County Museum of Art is located at 5905 Wilshire Blvd. For information, visit lacma.org.