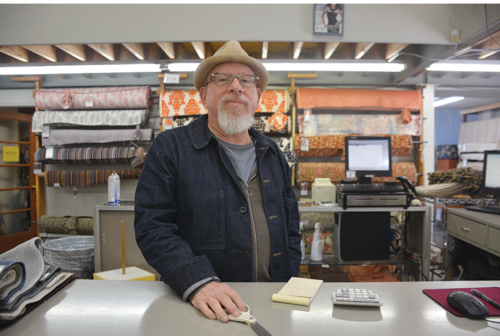 Shoppers will have to wait until Aug. 5 for Diamond Foam and Fabric to reopen at its new location on 4910 W. Jefferson Blvd., three miles away from its home on 611 S. La Brea Ave.

Asch decided to sell the space after he noticed neighboring apparel companies and restaurants leave, only to be replaced by nearby apartment complexes. He said rather than be next to a 12-story apartment complex or a larger, more commercial business, he decided to pick up and go elsewhere.

By moving, Operations Manager Gabrielle Moser said the store would “downsize” its number of products based on the history of what guests are seeking, eliminating many remnants.

“The main focus will still be linens and fabrics,” she said. “They’ll be nice, unique pieces. We’re going to keep that focus and be careful about what we’re accommodating with what we offer.”

The new location was described by posters outside Diamond Foam and Fabric as “new, even groovier digs.”

“This new place will be long-term,” Asch said. “It’s going to be a better location.”

The new location also works to the store’s benefit, Moser said, with nearby shops like Ayllon Furniture and Essence Custom Upholstery, selling similar products, which are likely to bring more customers to the area. 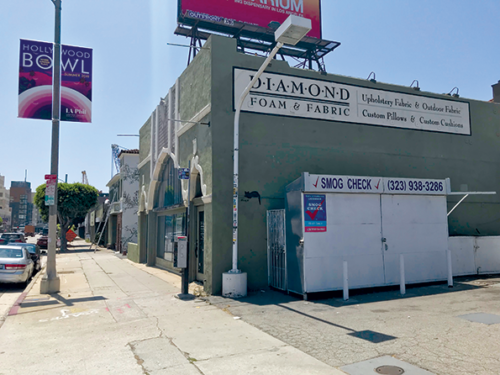 Although several rolls of fabric remain inside the store’s buildings, Diamond Foam and Fabric plans to move everything to its new location, approximately three miles away on West Jefferson Boulevard. (photo by Ryan Mancini)

The store won’t be torn down as the property is owned by the city, Asch said. The building was designed by architect Julia Morgan, known for designing Hearst Castle. In the past, the building served as a DeSoto Car Dealership in 1927. In 1981, Asch began working at Diamond Foam and Fabric, and within a year, he became the store’s owner.

After word of mouth spread about the store’s unique fabrics, Diamond Foam and Fabric became known as a high-quality textile vendor.

Moser said all employees will remain with the company and that the new location will be a benefit to everyone.

“In that corridor, you have a lot of manufacturers and furniture-makers,” she said. “So it’s better for [who] we want to attract.”