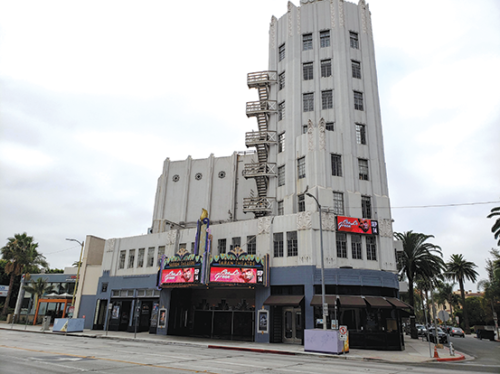 Despite damage claims named in a lawsuit by the Beverly Hills Temple of the Arts against the Metropolitan Transportation Authority and the city of Beverly Hills, the Saban Theatre will remain fully operable and open to the public.

The temple also did approach the notion of applying for the “Business Interruption Fund” to receive financial assistance as a result of the Purple Line Extension. While inapplicable as a religious entity, the Beverly Hills Performing Arts Center would apply as a nonprofit and as a small business, with only five employees, Carter said.

“We did not pursue it because Metro requires a waiver of any future claims to be assigned,” she said. “We did not want to sign away our rights to claims that are unknown.”

“All of our tenants have made complaints about noise and disturbances because of the construction,” Carter said. “The temple has given rental abatements to its tenants to prevent them from leaving.”

In the last few years, multiple incidents related to the construction have impacted services for the synagogue and music performances, Carter said, including interruptions by construction workers.

During a December 2017 performance that featured musician Kenny Loggins, Carter said Wilshire Boulevard had been totally shut down by Metro, with one entryway into the theater on Hamilton Drive. In a letter to the city of Beverly Hills from Rabbi David Baron, he said he approached Hamilton from Gregory Way and noticed Beverly Hills Police officers had diverted traffic, which caused Loggins to be dropped off by the Tennis Center on La Cienega Boulevard.

“This created a possibly unsafe situation for the star and with hundreds of fans,” Baron wrote in the letter. “We hope this artist will not cancel future concerts at our venue due to this unnecessary incident.”

Upcoming performances at the Saban Theatre will include musicians the Turtles, David Crosby and CeeLo Green, as well as the comedian Sinbad.

For more information about upcoming events at the Saban Theatre, visit sabantheatre.org.

Councilman looks for support in Sacramento