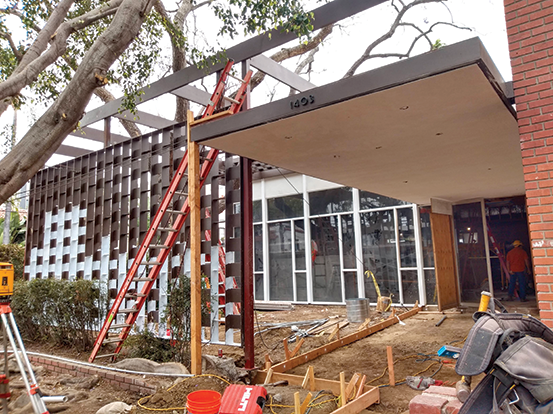 Last month, Los Angeles received dire results from the 2019 point-in-time homeless count: the number of people experiencing homelessness was up 16% in the city and 12% in the county.

In response to the crisis, the Los Angeles City Council devoted its June 26 meeting to homelessness and how the city might combat the growing problem.

For nearly four hours, the City Council discussed ideas for solving a predicament that is worsening despite the great deal of attention and funding that is already in place to help. For instance, the Measure H sales tax raises approximately $355 million each year for homelessness services.

And because of Proposition HHH, a $1.2 billion bond, more than 1,400 supportive housing units will open in the next year, Councilman Mitch O’Farrell, 13th District, said.

Other types of housing supported by Proposition HHH, such as those in a bridge housing center for women experiencing homelessness that’s being built in the former Gardner Street Library, are expected to open as soon as this month or next, according to Councilman David Ryu, 4th District.

Yet still, more Angelenos find themselves falling into homelessness than finding a place to live.

In the June 26 meeting, O’Farrell pushed for more help from the state, specifically a match for the $1.2 billion Los Angeles already committed to fighting homelessness with Proposition HHH.

O’Farrell, who serves as chair of the council’s Homelessness and Poverty Committee, said L.A. has gone above and beyond any other city in California by taxing itself to build permanent supportive housing for the homeless, but it’s still not enough to house everyone who needs help.

“My argument to Sacramento is, let’s utilize $1.2 billion of their $21.4-billion surplus and match dollar-for-dollar what the city of Los Angeles has already done and is doing. No one else is in a better position to justify that expense,” O’Farrell said.

Ryu is requesting legislative help from Sacramento as well.

On June 19, he introduced three motions to the council: one to seek changes to the Ellis Act, which allows landlords to evict tenants if they plan to leave the rental business; another to increase the California Renter’s Tax Credit, similar to what Sen. Kamala Harris (D-California) proposed earlier this year on a national level; and a third to incentivize the creation of more middle-income housing, the type of units Los Angeles lacks most.

On June 26, he introduced another motion, this one with Councilman José Huizar, 14th District, to expand involuntary treatment for the most mentally ill people experiencing homelessness and get help for those who are extremely resistant to aid.

“It will only affect 1% of the most chronic homeless population … We want to be able to say at some point, ‘You’re hurting yourself and we need to help you,’” Ryu said.

For the next three weeks, the Los Angeles City Council will be on recess, but Ryu and O’Farrell say progress will still be made in combatting homelessness.

O’Farrell will be traveling to Sacramento to lobby state lawmakers and Gov. Gavin Newsom for the $1.2 billion match, as well as amendments to the Ellis Act and the Costa-Hawkins Rental Housing Act, which limits cities’ ability to enact and enforce rent control. Without renter protections, O’Farrell said, tenants can be displaced to create condominiums, further straining the rental market.

“There’s a lot more we can do locally, in the county and in the state. We need to put pressure on us, the county and the state, and that’s what we’re going to do,” O’Farrell said.

Ryu said he will also be working during the recess to find outside help for the homelessness crisis, including potential assistance from the federal government. Ryu pointed to U.S. Rep. Maxine Waters’ Ending Homelessness Act as a step in the right direction, and he praised Mayor Eric Garcetti for gathering a coalition of mayors from across the U.S. to back the bill, which would send more than $13 billion to cities to help fight the homelessness crisis.

However, it’s not all good news out of Washington, D.C., as the U.S. Department of Housing and Urban Development wants to evict families with undocumented immigrants from federally subsidized housing, which Ryu said could put 11,000 more people on L.A.’s streets. And on July 1, President Donald Trump decried Los Angeles and San Francisco for their issues with homelessness, claiming the federal government may step in to assist without detailing what specifically he would like to see done.

With so much happening inside the state and out, Ryu said the work must continue over the three-week break.