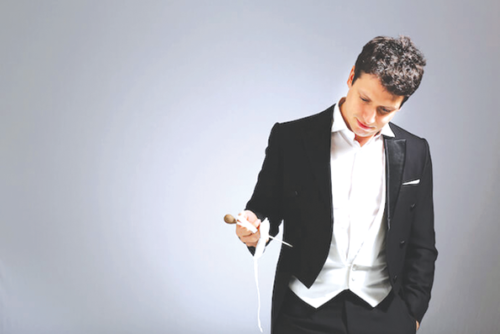 The Los Angeles Philharmonic Association has announced the promotion of assistant conductor Paolo Bortolameolli to associate conductor of the LA Phil for a one-year term, extending his current contract through the 2019/20 season.

Bortolameolli began with the LA Phil as a Dudamel Conducting Fellow in the 2016/17 season and became assistant conductor at the beginning of the 2017/18 season. As associate conductor, he gains greater conducting responsibilities while continuing to serve when needed in place of music and artistic director Gustavo Dudamel and guest conductors.

Bortolameolli made his debut with the LA Phil in a Toyota Symphonies for Youth Concert at Walt Disney Concert Hall in February 2017, and made his Hollywood Bowl debut in August 2018. During his tenure as assistant conductor, he has led numerous programs including a Symphony for Schools concert featuring the music of Michael Giacchino, and an all-jazz program. He also appeared before a television audience of millions at the 2019 Rose Parade when he conducted members of the LA Phil and Kaiser physician musicians on a parade float.

“Since the first time I saw him conduct, Paolo’s talents have been both obvious and impressive,” Dudamel said. “I have enjoyed watching him grow in our conducting fellowship program and as our assistant conductor, and now we feel fortunate that he will continue in the role of associate conductor.”

In addition to the LA Phil, Bortolameolli is a guest conductor-in-residence of the Orchestra of the Americas. His upcoming appearances include performances with the LA Phil at the Hollywood Bowl and Walt Disney Concert Hall, as well as appearances with the Houston, Cincinnati, Detroit and Vancouver symphonies.

‘The Play That Goes Wrong’ is all right at the Ahmanson