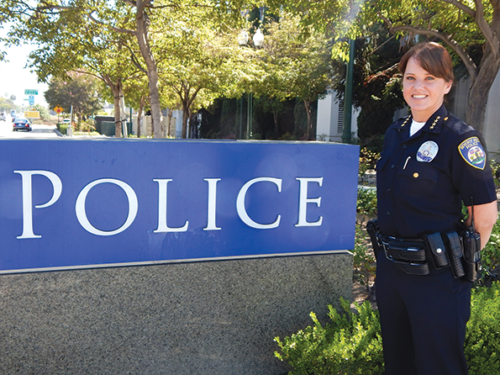 A jury found the city of Beverly Hills liable on July 9 for workplace retaliation and harassment in a case brought against the city by four members of the Beverly Hills Police Department who alleged they were discriminated against by Police Chief Sandra Spagnoli.

In the case of Moreno v. city of Beverly Hills, a Los Angeles Superior Court jury found no discrimination against any of the four plaintiffs, though the jury found some of the statements by Police Chief Sandra Spagnoli qualified as harassment or retaliation, an assertion with which the city disagreed.

“The city remains committed to the police chief and her efforts to reform the department, and condemns those who are undermining those efforts, as was revealed in the trial,” a statement from the city read.

Spagnoli was accused of discriminating against department employees on the basis of age, race and sexual orientation. The plaintiffs sought $2 million, according to attorney Brad Gage, in the lawsuit, though the jury awarded only $350,000 to Lt. Renato Moreno and $250,000 to each of the remaining plaintiffs, Lt. Shan Davis, Lt. Michael Foxen and civilian employee Dona Norris, the department’s public safety communications and evidence manager.

Gage added that he represents eight additional employees in lawsuits against the city claiming discrimination, retaliation and harassment in the police department. The cases are pending, and he expects at least one to move forward this fall. He said the Rosen settlement and the jury ruling are just the beginning.

In a separate matter, the city Beverly Hills also announced that it has settled an age discrimination lawsuit brought by Clark Fogg, a staff member in the department’s forensic laboratory. Under the terms of the settlement, Fogg will receive a $300,000 payment and retire from the department.

The Beverly Hills City Council has supported Spagnoli since she was hired to lead the department in 2016. The hiring came after an independent report by Management Partners firm analyzed law enforcement policies, hiring practices and disciplinary processes, and made recommendations for improvements. The city called for the analysis to improve the department overall, fill vacant positions and boost morale.

At a council meeting earlier this year, Management Partners representatives said the city has been making progress. The firm interviewed 25 randomly-selected sworn and civilian department employees and determined that the “overall organizational climate and morale in the department are good.”

“The city of Beverly Hills remains committed to a BHPD that upholds the highest ideals of fairness, dignity, equality and provides a positive work environment for all,” the city’s statement read. “The city is equally committed to continuing the significant improvements that Chief Spagnoli has brought to the police department, including the addition of officers, enhancements in training, an increase in diversity and greater public outreach.”

Graffiti creeps back into neighborhood